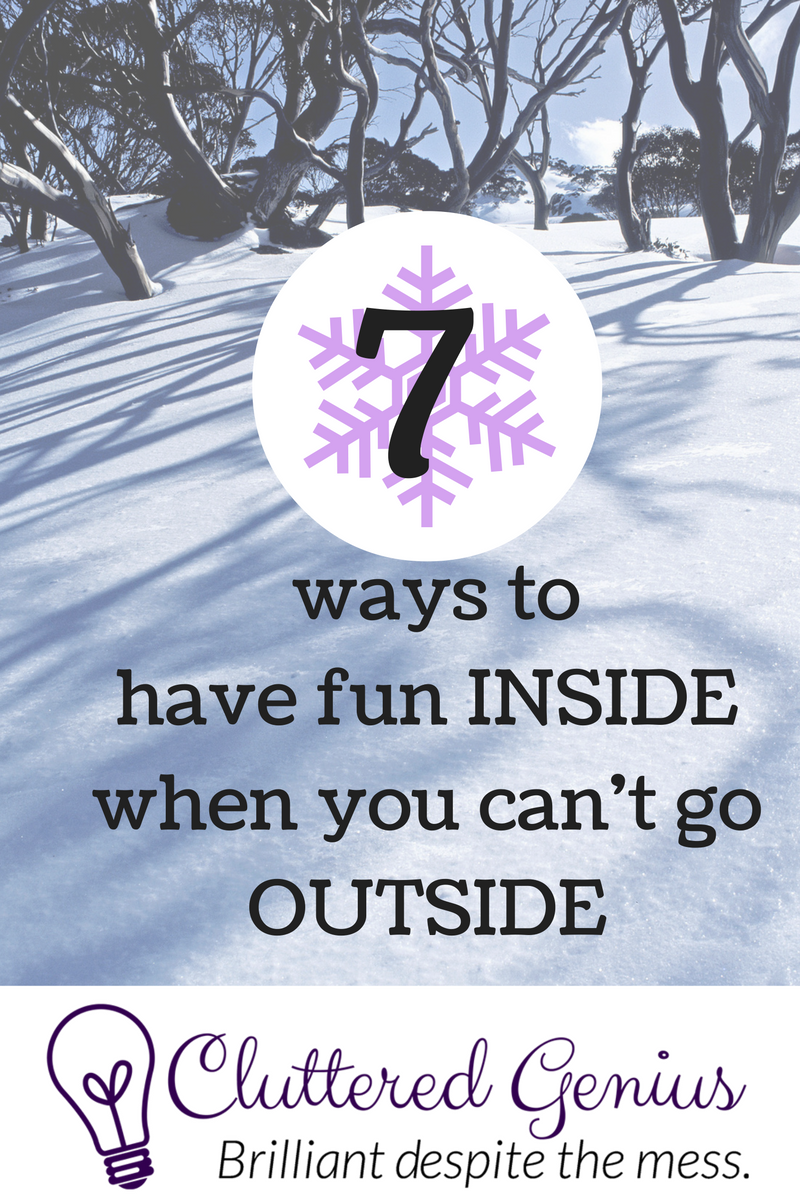 Winter means cold days. I don’t like the cold. My kids would go outside and play all day if they could, but I actually don’t even like going outside. Here in NC, when snow actually comes in, everyone goes on lockdown. There’s no school. There’s no church. There’s no shopping. Nothing. So, we’re “stuck” inside for a few days. So what do you do to have fun inside when you can’t go outside? 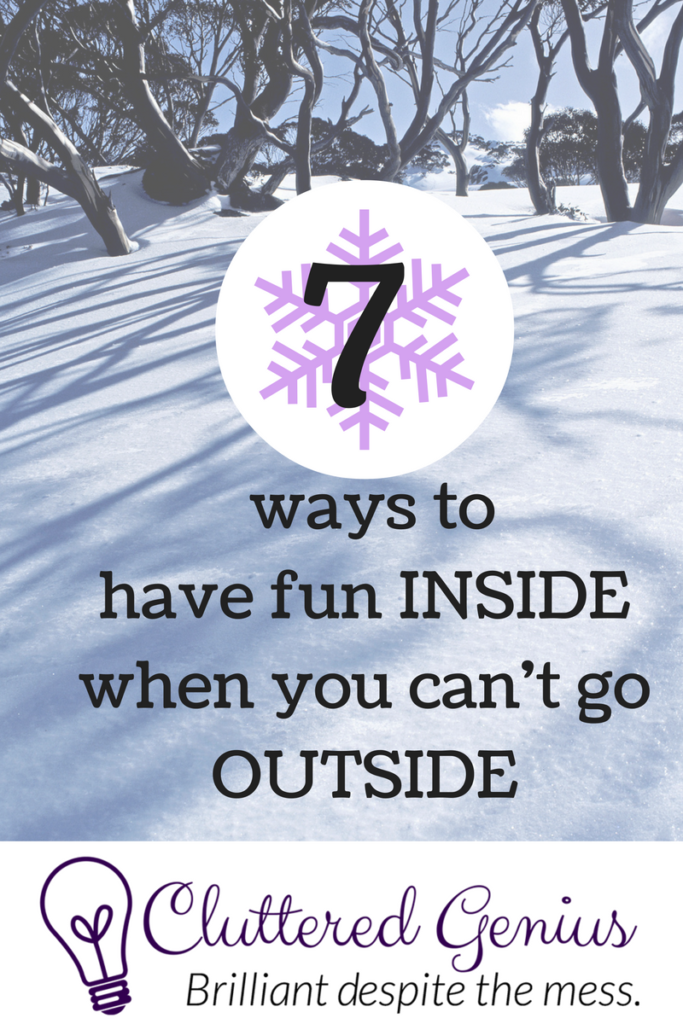 Sounds unfun, but dang what a way to feel refreshed when all the regular routine stuff comes back. I’ve been cleaning closets, throwing stuff out, and organizing. I can’t get this accomplished as well when Math Man isn’t home because minions try to climb on me. But when the second adult is in the house and can keep people away from me? Glorious cleaning abounds.

We tried fondue back at Thanksgiving, but we decided that it would be amazing to create our own with cocoa. The recipe I found called for evaporated milk. Since we didn’t have it, I had to just use regular milk. It turned out fine, but I probably should have lowered the amount of milk (ended up being to grainy). In case you’re wondering, the recipe was:

We melted the butter then added the rest of the ingredients slowly until they were blended. Then we transferred to our fondue pot. The kids enjoyed trying pretzels and marshmallows in the chocolate (which, for the record, was tasty). They even created weird combinations of crushed pretzels, chocolate and marshmallows.

We enjoy moving and grooving here, so the kids do love a good dance party. With the right music, they can all jam out. (This also gets the wiggles out and helps make them a little more tired!) The Animal prefers music from Geometry Dash (which is basically electronica), and no one argues. But, we did throw in some Toby Mac, Hollyn and music from The Nutcracker.

My favorite part about dance parties is how free the kids let themselves be. They just move to the music without a care in the world.

Bring back the classics

Because I have been cleaning, I found various items that we haven’t seen in a while. Diva and Flash were totally pumped to get to play with mine and Sassy Pants’s old Barbies. In fact, Flash found a way to incorporate a Sleeping Beauty playhouse with his new firehouse that he got for Christmas. Barbie earned herself a penthouse!

So, I’m a little behind the times, but I’m finally reading this Harry Potter series I’ve heard about. 😉 Sassy Pants enjoyed the first two books, so we set a goal of me trying to catch up with her. I’m already on book two, and she just finished book 3. As we read (or rather, as I finish one she’s read), we’re going to watch the corresponding movies. But a good book is fabulous during nap time or after the kids are (finally) in bed.

The Animal is obsessed with all things iPad — that means Geometry Dash, Mario, Angry Birds and more. Mostly, he just loves for us to sit with him and watch him play or listen to the music with him. He enjoys trying new apps that teach him languages (we love MindSnacks!) and those that challenge him to learn a new trick. In fact, when we have visitors, he is most excited to show them all he’s learned. But mostly, he just loves hanging out and being with us…no matter what we do. 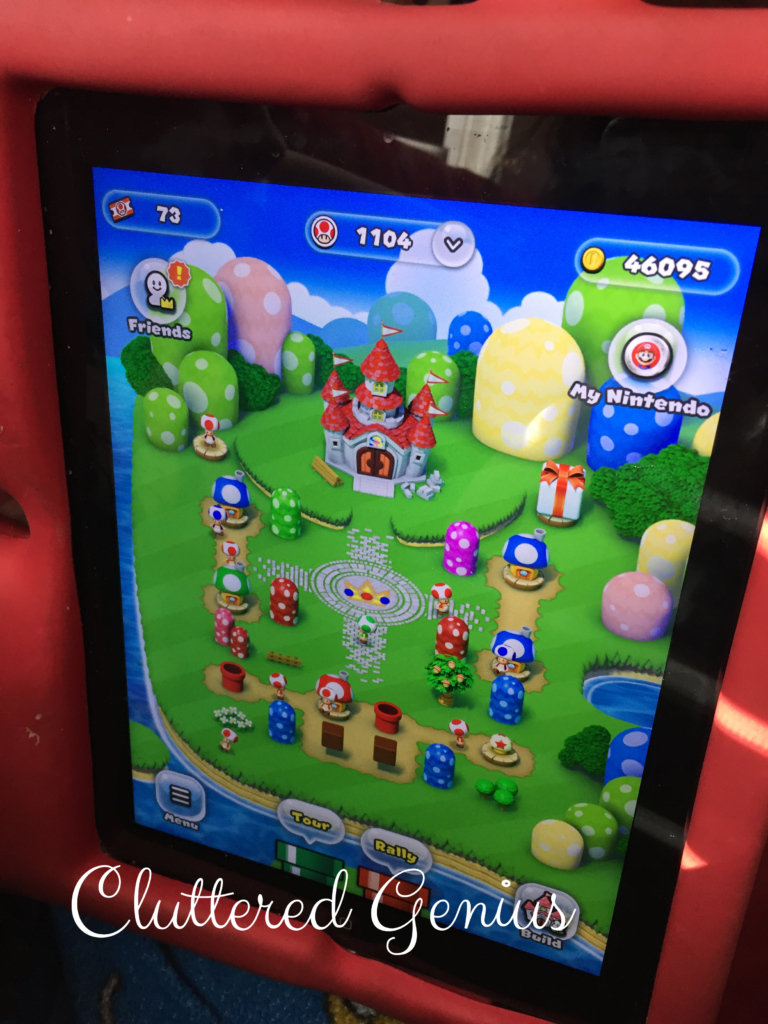 Not that kind of Netflix and chill. It’s cold outside, so you’re cold. You have Netflix. Come on. Stick with me. Netflix or whatever other streaming resource you have offers tons of options: movies, catch up on a show you missed, see the latest episode of your favorite show, watch a cartoon. In our house, the streaming TV is both a life saver and source of fun. We’ve also discovered that we can access YouTube by sending videos from the iPad or our phones via our Amazon Prime Fire Stick…so we end up creating our dance mixes that way.

How do you fill the time when it’s too cold to go outside? 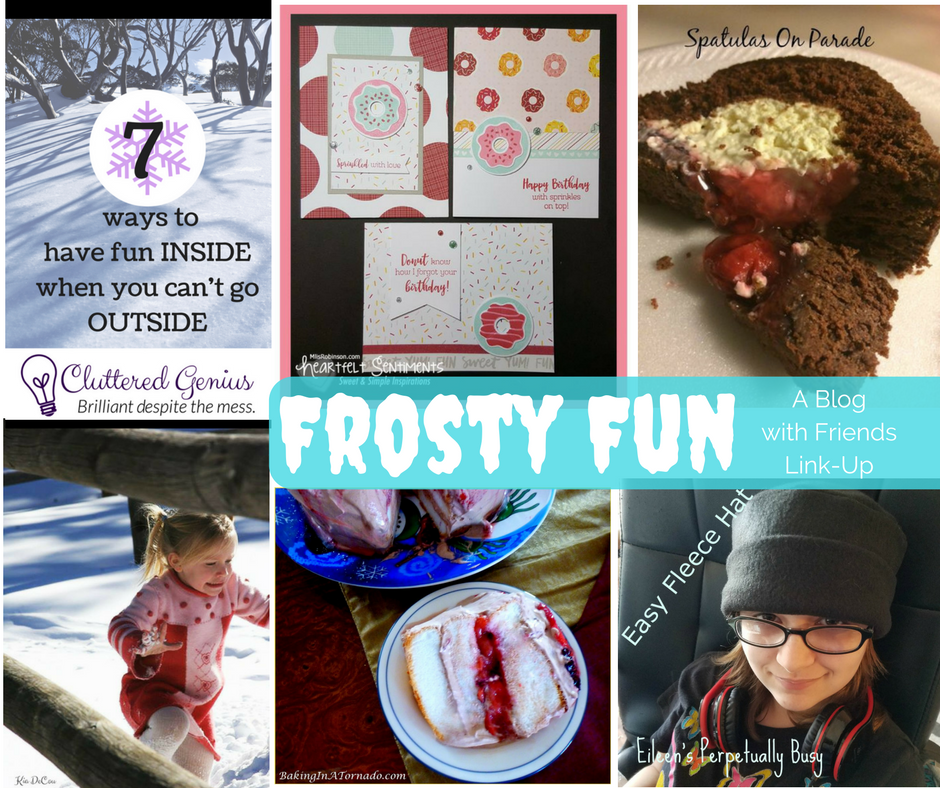 This month’s theme for the Blog with Friends group is Frosty Fun. Come see what my buddies have to share:

Thinking English brings us ways to Listen, Speak, Read and Write in the Language of Winter

My Heartfelt Sentiments shows us how to create fun Birthday Cards