Always Something Fun at the Ren Fest 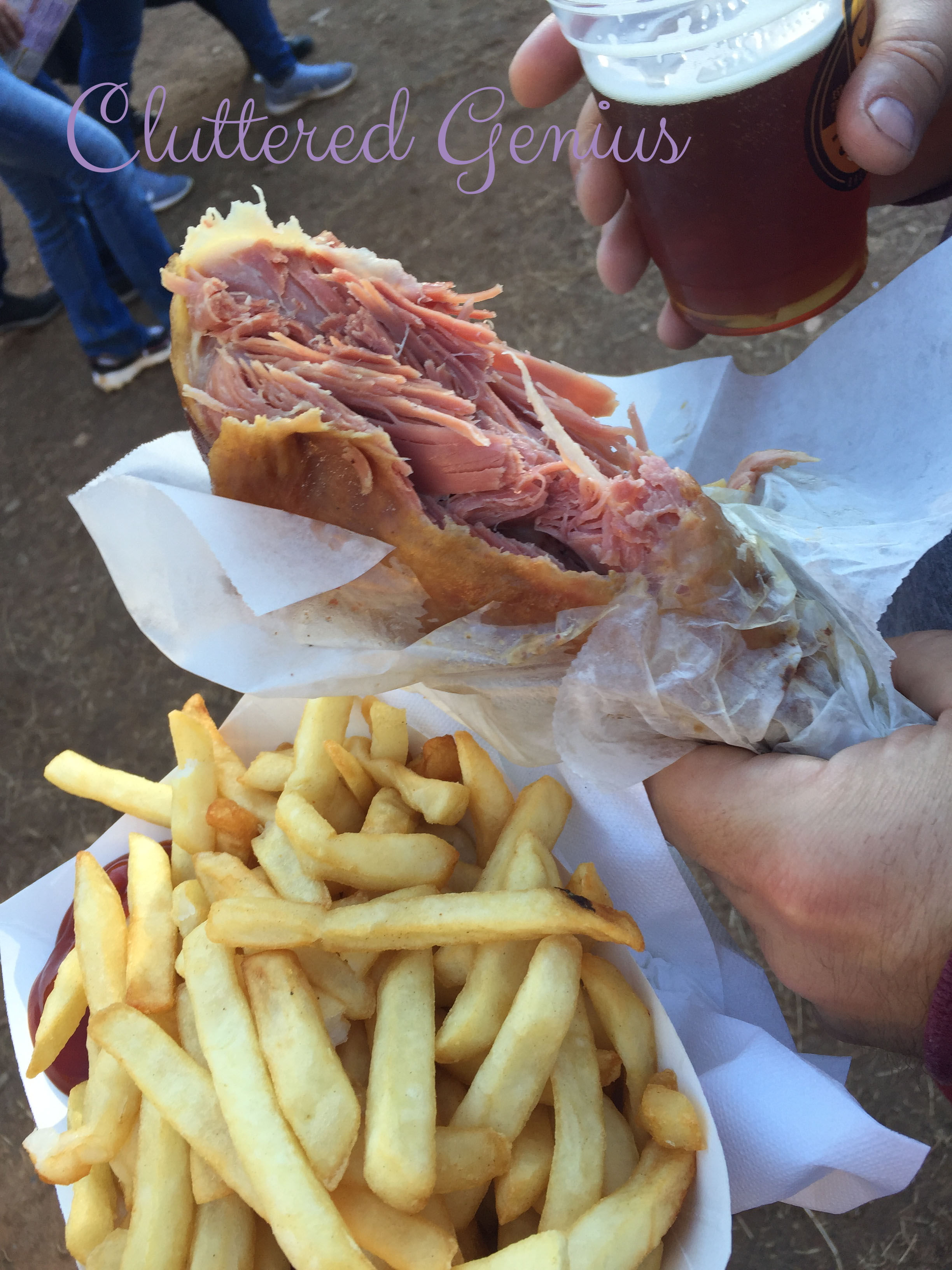 Our ultimate goal was to enjoy our day date without kids. That sounds a bit harsh, but we are seldom without the kids doing something that doesn’t directly relate to the kids. On our anniversary, we usually go birthday shopping. So this was a real treat to get to just exist!

To optimize our time and experience, we knew there were some non-negotiables (hello, bread bowls and turkey legs) as well as some thoughts for new things to try. The first order of business was breakfast. We stopped at the bakery and got turnovers and cinnamon buns. Hello delicious.

Next, we wandered around and stopped briefly at Hey Nunny Nunny. These two “nuns” are some of the funniest women at the entire event. I’ve seen them multiple times, and their jokes still make me laugh. The only reason we moved along was that there wasn’t a good seat, and we were starting to get hot in the sun.

We were also still hungry. Little did we know that, in 10 years, the Renaissance Festival has grown! So beyond the jousting arena is quite a bit more stuff including new stages and new food booths. It was time for bread bowls. Math Man opted for the broccoli & heese, and I went for the chili. Delish.

Because there were no seats available, we sat at one of the stages and ended up getting to see the Roses of the Realm belly dancers. They have always been at the festival in some form, but I’ve never stopped to watch. Bobby, their front man, made us all laugh, and the dancing was great to watch.

Next, we wandered to the Rialto Stage where the Knotty Nauticals were advertising a fire-eating show. We stood expecting to move on before the show was complete, but they were hilarious! We were entranced as he literally put fire into his mouth and seemed to swallow it. Then, he lit his nipple on fire. Yup. He even offered, at the end, to let anyone who didn’t believe him to come and touch his “crispy nipple.” Too funny. 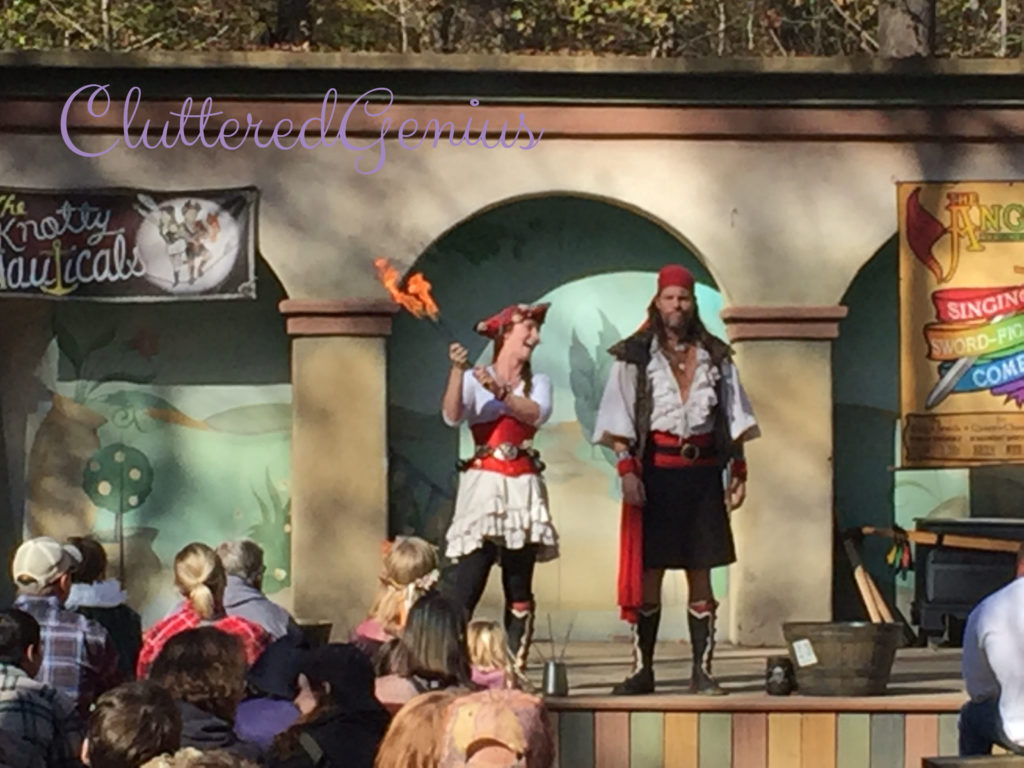 I decided I really wanted to get a henna tattoo (something I used to do yearly with my buddy), so we walked back to get that done. On the way back to the henna tent, we stopped in to some of the shops. So many beautiful pieces of artwork!

My henna tattoo didn’t take long. I opted to let the artist do her own thing (expert tip: always let them do their own thing!), and while sitting we hear the Don Juan and Miguel show finishing. My henna artist told us that we should definitely come back for their last show of the day because it was really funny. We were sold. 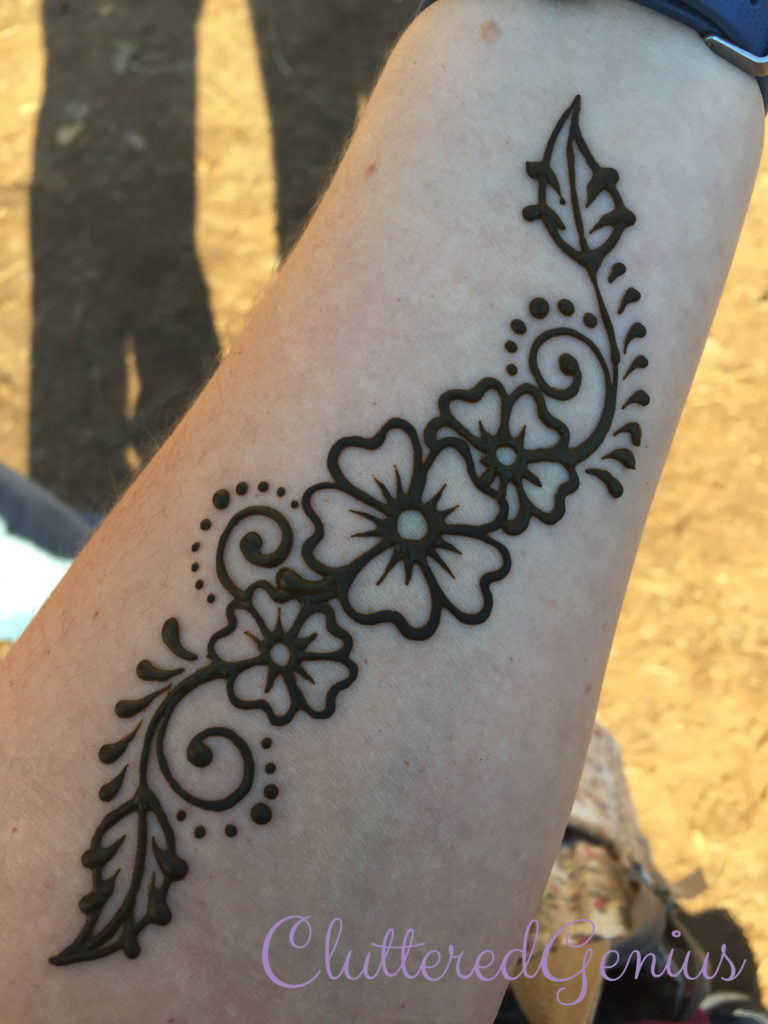 In the time that it took my tattoo to dry and to receive two layers of setting spray, Math Man and I walked to get a turkey leg and some fries (I was still really full from my chili bowl!). We came back to eat while we watched the end of the Barely Balanced show and were there for the beginning of the Don Juan and Miguel Weird Show. It was certainly weird. 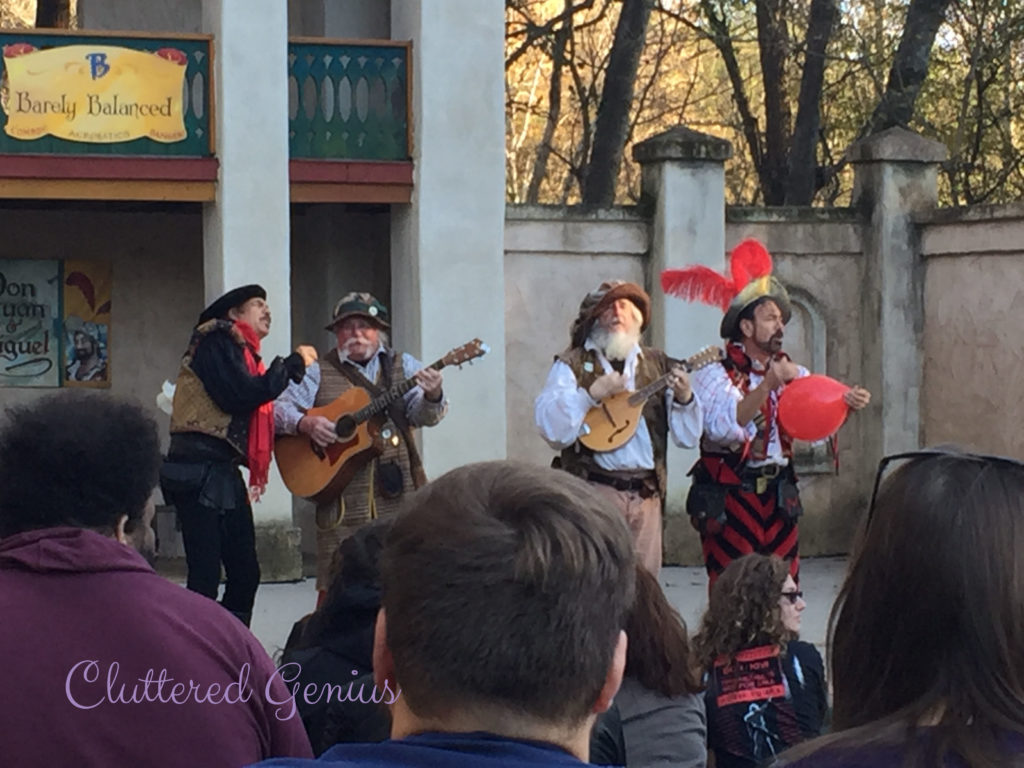 Our favorite part was probably when Miguel used a balloon to play some music. Who knew that was even possible!? We laughed pretty hard and stayed through the entire show because missing even one punchline would have been devastating.

Now that we know that our kids will behave all day for a babysitter (and babysitter, if you’re reading this WE LOVE YOU), we’ll definitely be making a date for next year’s Carolina Renaissance Festival!

A full day with my love 😍

I received free tickets in exchange for this review. All opinions are my own.