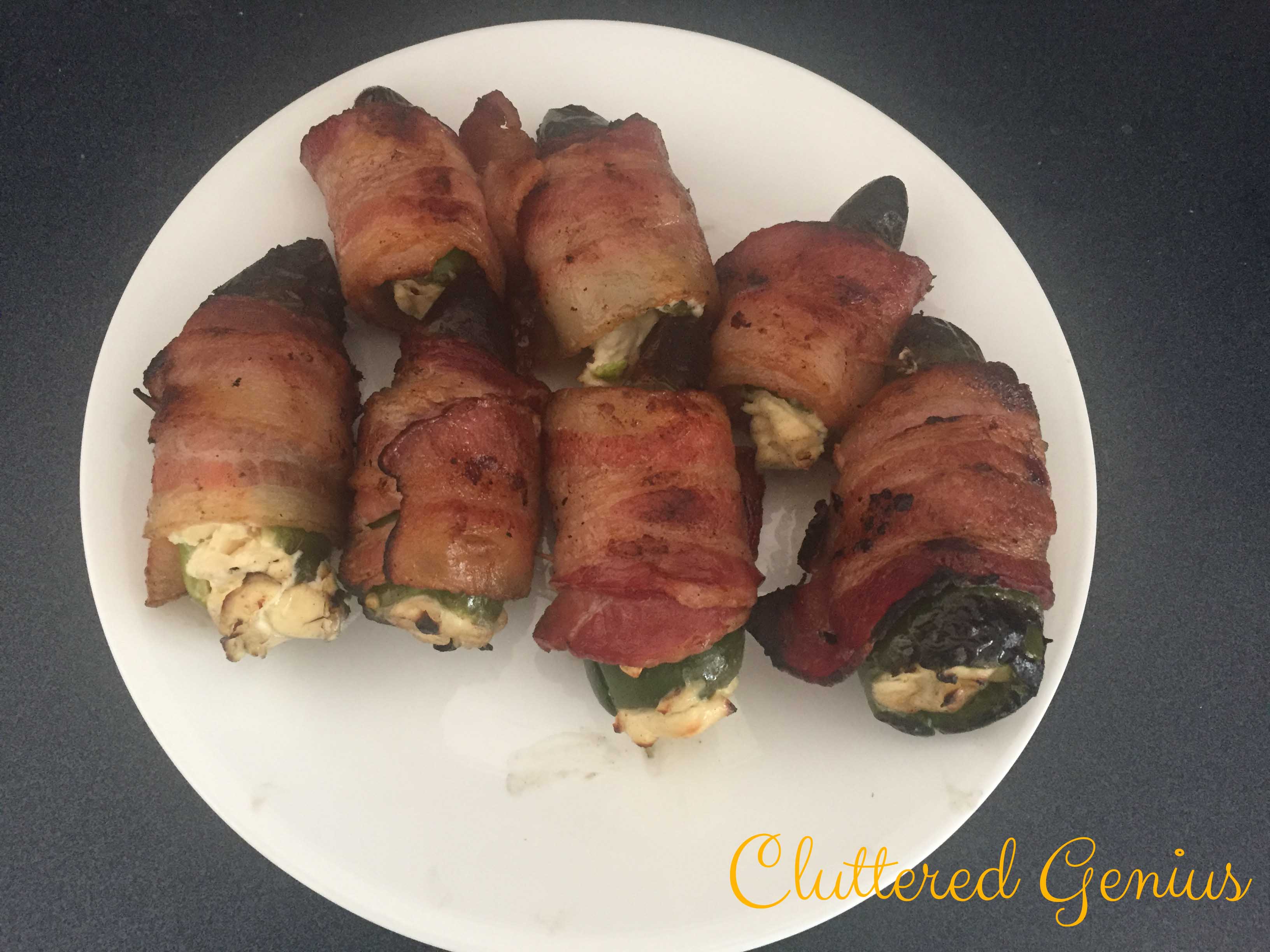 Math Man and I like to grill. In fact, it’s because of Math Man that I’ve learned the nuances of grilling all the things on both a gas and charcoal grill. My favorite is the charcoal grill. There’s just something to starting that fire and doing the whole “unga bunga I make fire” thing once it roars to life. With the grilling has come more and more of us trying new tools and recipes. A couple of months ago, we tried some store bought from-the-deli-area stuffed jalapenos. They were ok, but they fell apart and/or stuck to the grill. I may have said a few choice words. So when I had a chance to try out the Cave Tools Jalapeno Grill Rack, I jumped at the chance. Thus, my decision to make bacon-wrapped grilled jalapenos.

Using my semi-knowledge of stuffed jalapenos and a little bit of quick Pinterest info gathering, I decided to keep things simple. Thus, I used only three ingredients to make our stuffed, grilled jalapenos. 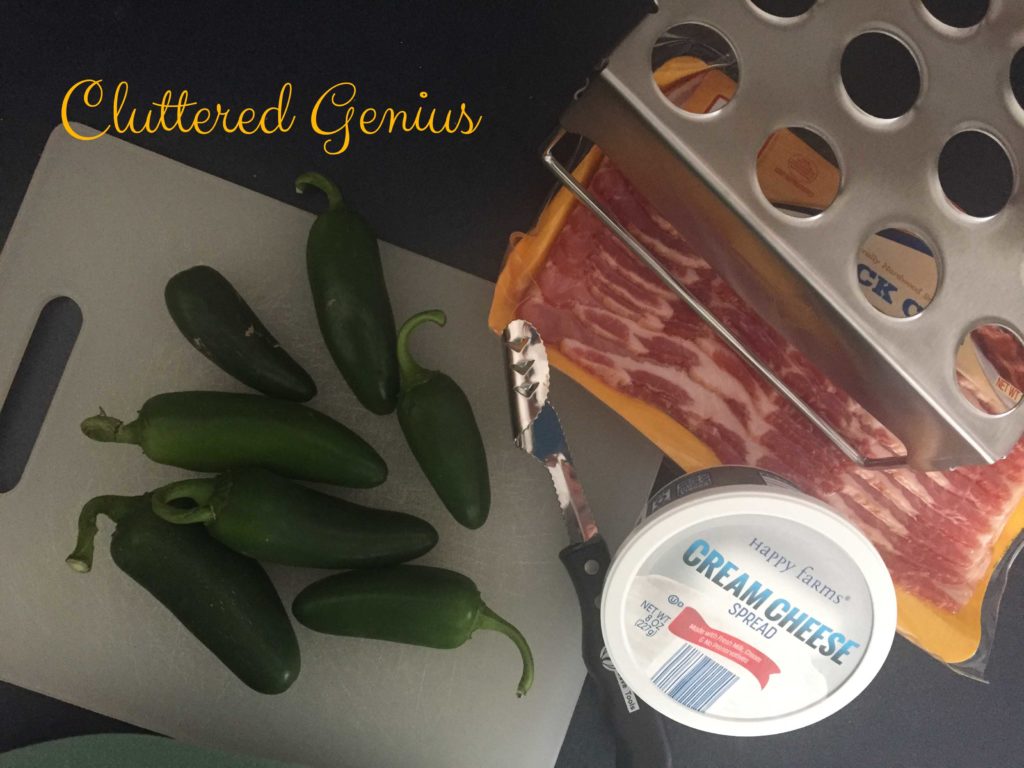 First, I used the corer from Cave Tools to remove the insides of the peppers. This nifty tool took me a few moments to figure out, but once I did each pepper was cleaned quickly. I did realize that the smaller the pepper, the harder it was to not split the sides. I was extremely careful so as to not cut my hand, but the tool is just sharp enough to do its job without being too dangerous for an adult. I will admit to the fear of getting pepper juice in my eye. I’ve done that before, and it was not pretty. 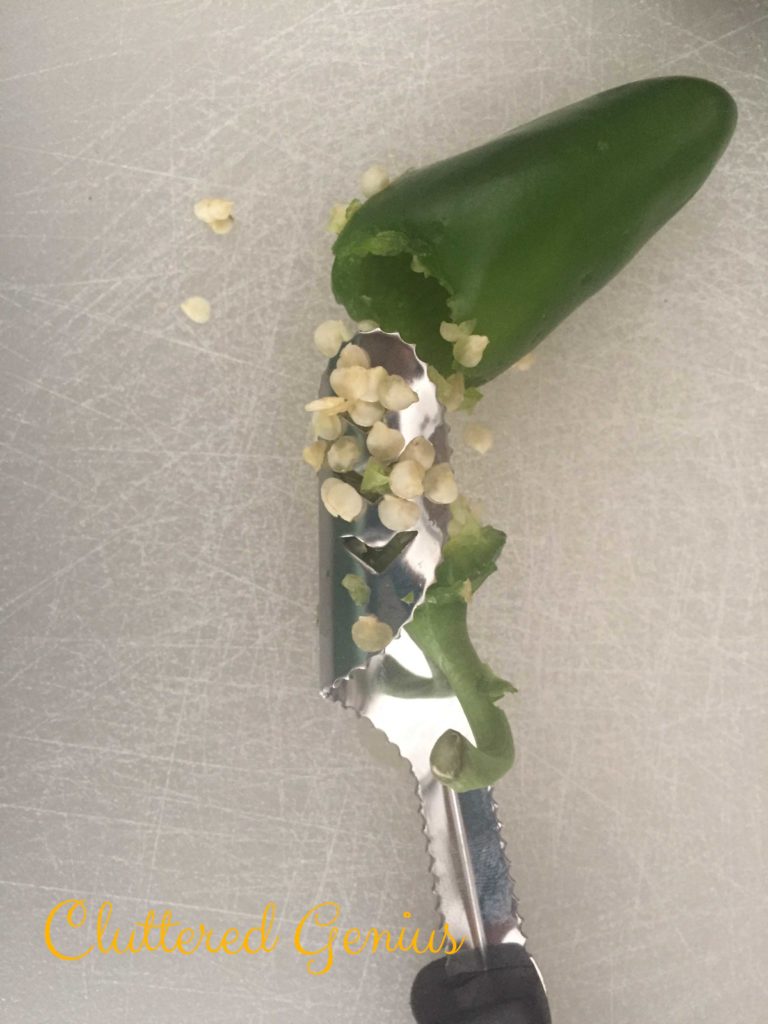 Next, I used a basic butter knife to fill each pepper with cream cheese. As I did so, I tried to place the pepper into the hole on the rack only to discover that the holes were a bit too large for many of the peppers I had in the package. (Note: You can actually grill chicken drumsticks by placing the long part into the grill rack hole.) 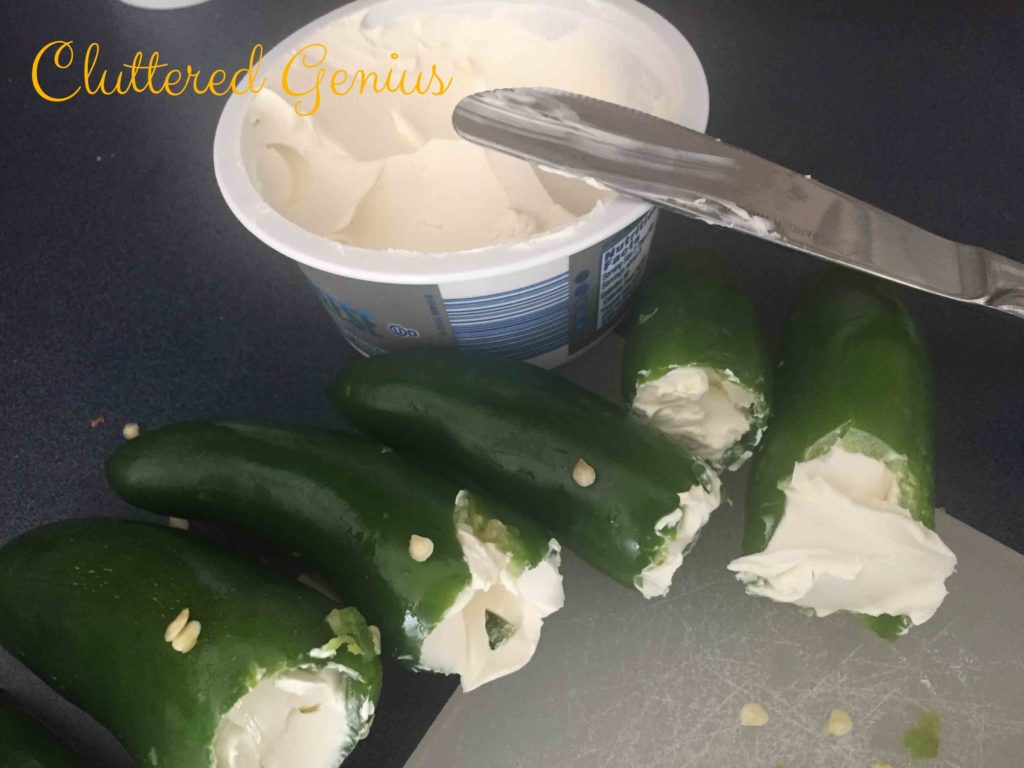 After the cheese, it was time for bacon. I did spring for more expensive “real” bacon instead of the turkey bacon I usually buy. There’s just something about that crunch of fatty pork bacon to make a good stuffed jalapeno come to life. To help with the peppers that were still too skinny for the rack, I used the toothpick that I inserted for keeping the bacon on as a “hanger.” It just laid over the opening of the circle if it was too small and kept the jalapeno from falling through. 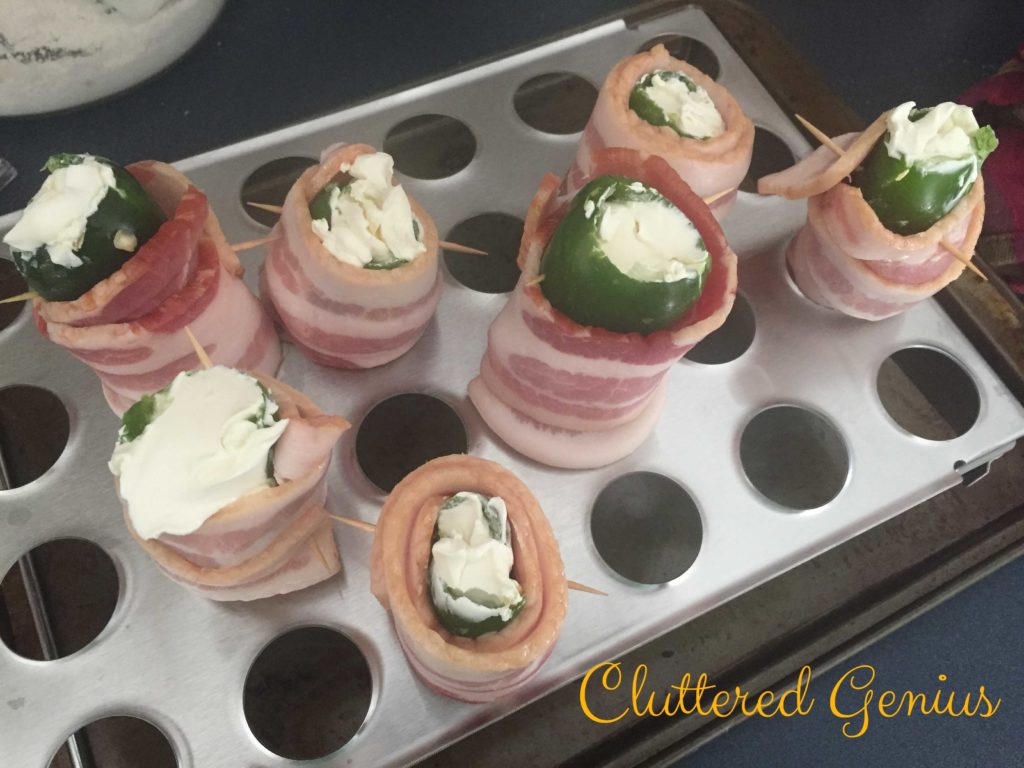 Then, I placed the rack on the prepared coals and closed the grill top. It took me a few tries to position the rack so that the permanent top rack of our grill didn’t hit them and knock them over. Also, I’m pretty sure I had a defected rack since the snap-in legs on mine didn’t both snap. The right one kept unsnapping and falling. I used this to my advantage, though, and kept that permanent grill rack from touching the peppers.

I’m going to have to claim ignorance or lack of explanation with the rack, but I couldn’t get the bacon on the peppers to get crispy. Plus, my chicken had already finished grilling. To keep us from having cold chicken and wimpy bacon, I did take the peppers out of the rack and place them directly on the grill. This time, they didn’t stick because the grease had already been dripping off the bacon and there was an element of crispiness about it.

I kept rotating the peppers until the bacon was finished. Math Man and I decided that next time, I might cook the bacon a bit inside before wrapping on the peppers. This would have expedited the entire adventure, we think. 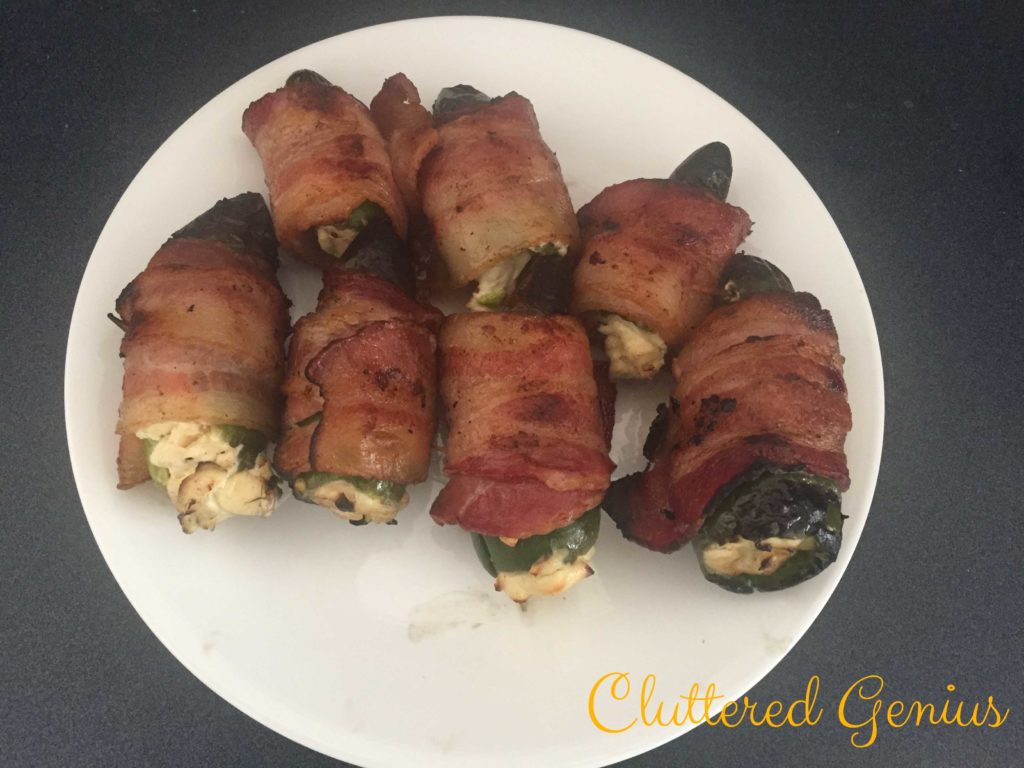 Ultimately, the rack was a handy tool for the peppers. We’ll try again with chicken and see how that goes. For me, the best part was the pepper corer. We will keep that handy since we loved our stuffed bacon-wrapped jalapenos that were tasty and extremely easy!

Interested in purchasing? Use this code for the Pepper Rack and receive 15% off! ROASTPEPPER15 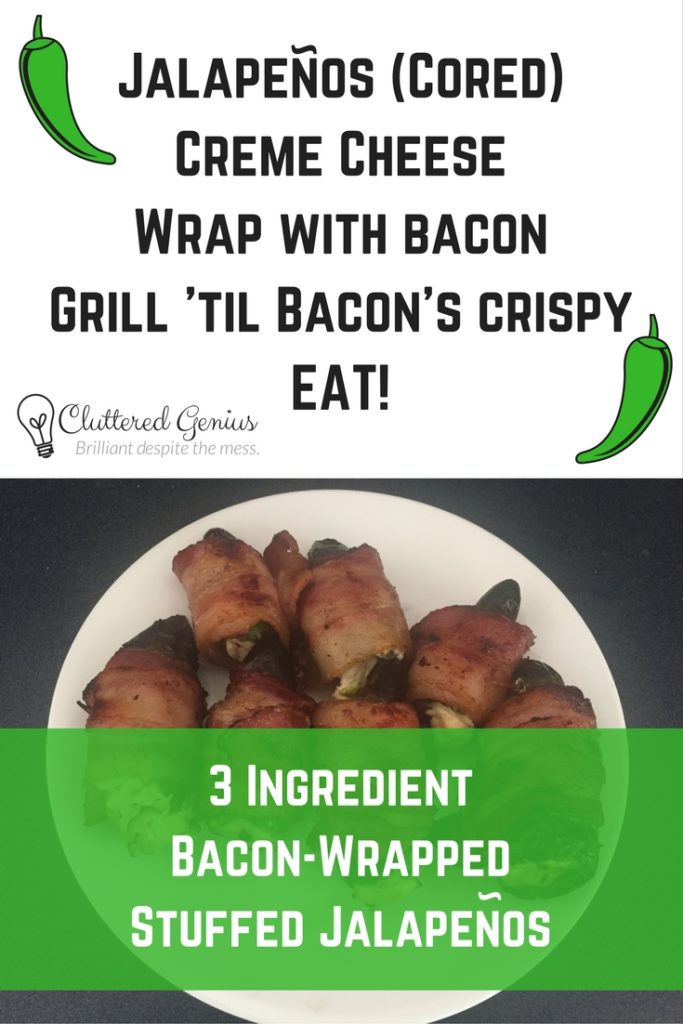 This post is sponsored. I received product in exchange for my review. All opinions are 100% my own.