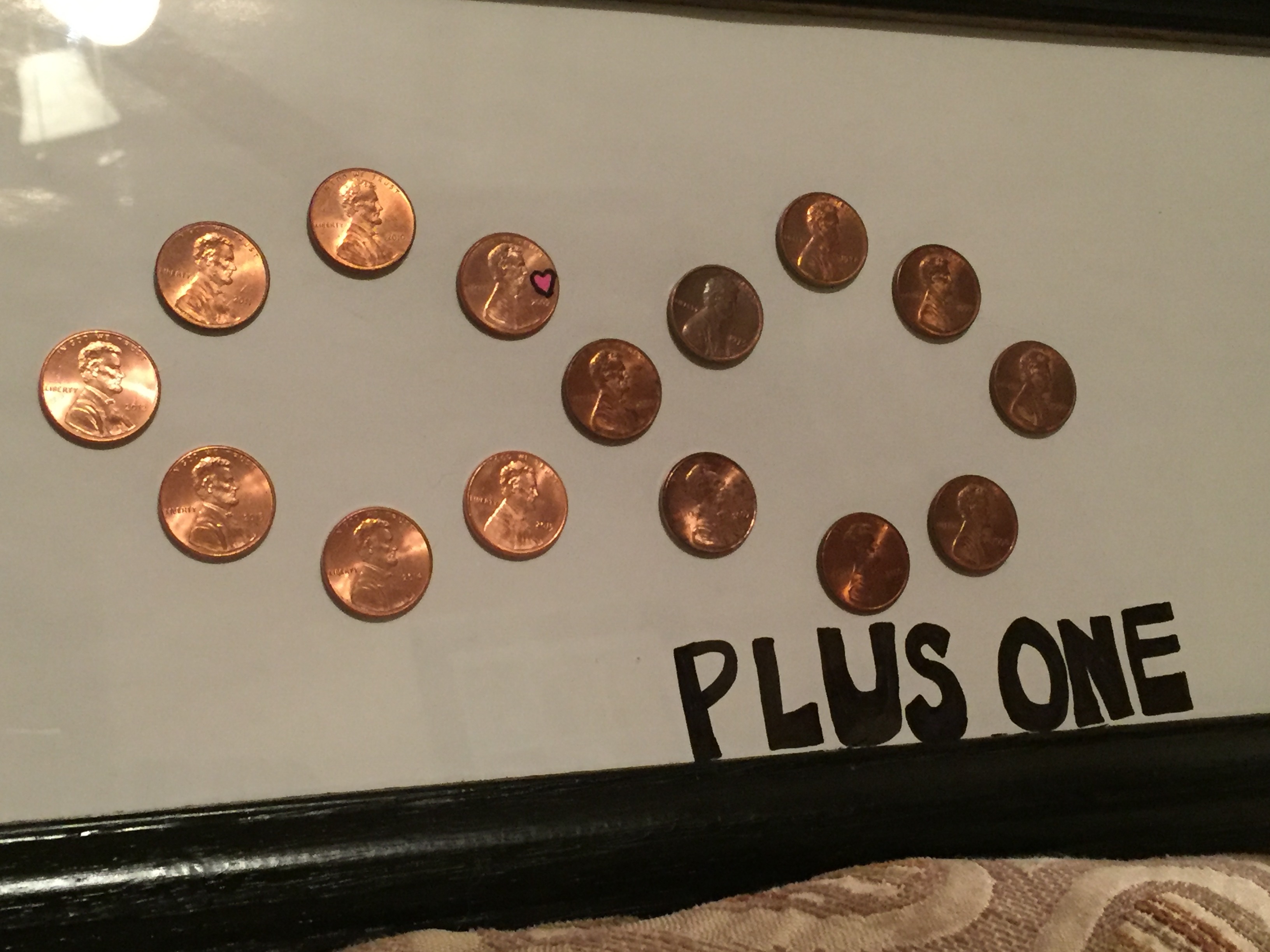 Today, Math Man and I celebrate 7 years of wedded bliss. Saturday we went out for our “date,” but today has been a normal day. One filled with work, diapers, laundry, coaching, meetings, and now the two of us on our respective couches working (again) on our laptops.

I’d have it no other way. We have settled into this life together with our beautiful children; and while it’s never really glamorous, it’s life. And he’s the best partner I could have asked for.

I’m the sentimental one of the two of us, and I’ve done my best to be sure that the gift I give him or whatever we do for our anniversary falls into the traditional gift giving realm.

For instance, the 6th anniversary is candy or iron. Obviously, I opted for candy. We spent last year shopping for our kids and watching a movie … with candy.

The 7th anniversary traditional gift is copper. When I looked that up and started thinking about it, I sort of had a “duh” moment. What in the heck could I do with copper? We didn’t need another mug in the house. We don’t have a fireplace for some sort of a copper fire poker.

I did the only thing I could think of: I went to Pinterest.

There were plenty of ideas that included pennies. And I found that genius.

Math Man and I have this thing with the infinity symbol. I’m not sure when or how it exactly happened in our early relationship, but we began saying, “I love you times infinity. Infinity plus one.” Sort of dorky. Totally sweet.

The year after we were married, we both got tattoos (no, I don’t have more and no, I never will again, and YES, it hurt) of the infinity sign with a plus and a one incorporated. I thought that would be cool to do with the pennies.

I started with an old frame that I had. It was just up in the closet with a ton of other frames. 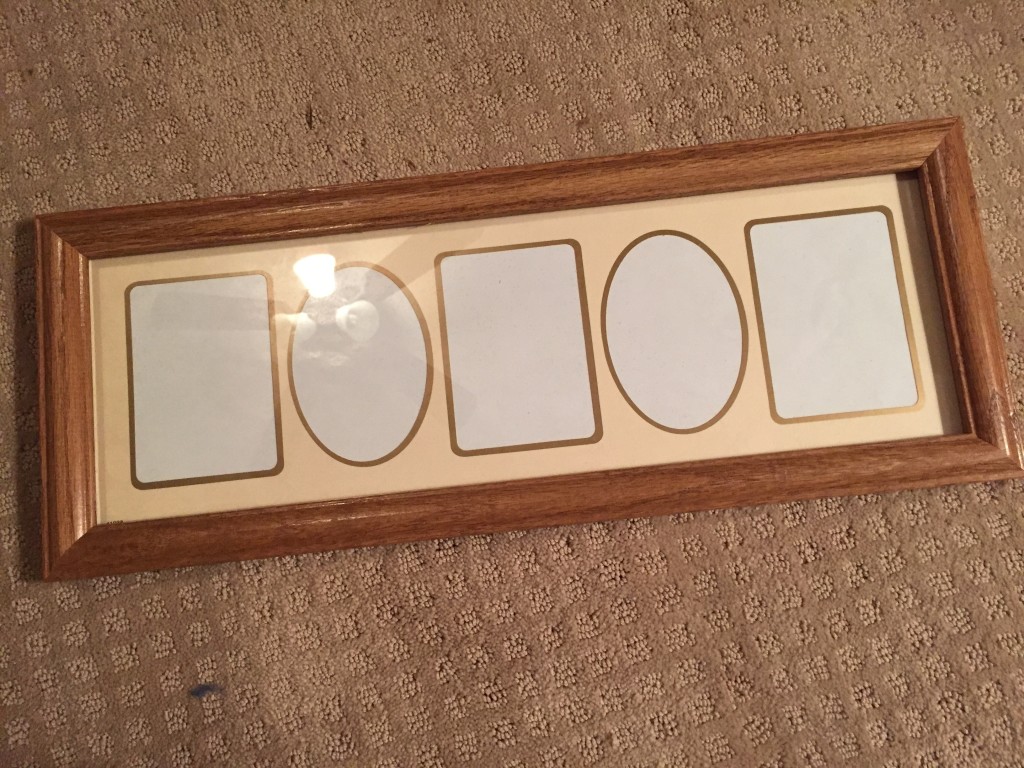 I spray painted it black in the front yard. I don’t enjoy waiting for much, so I just sort of painted and ran. Math Man wasn’t exactly thrilled by the design it left in the yard. 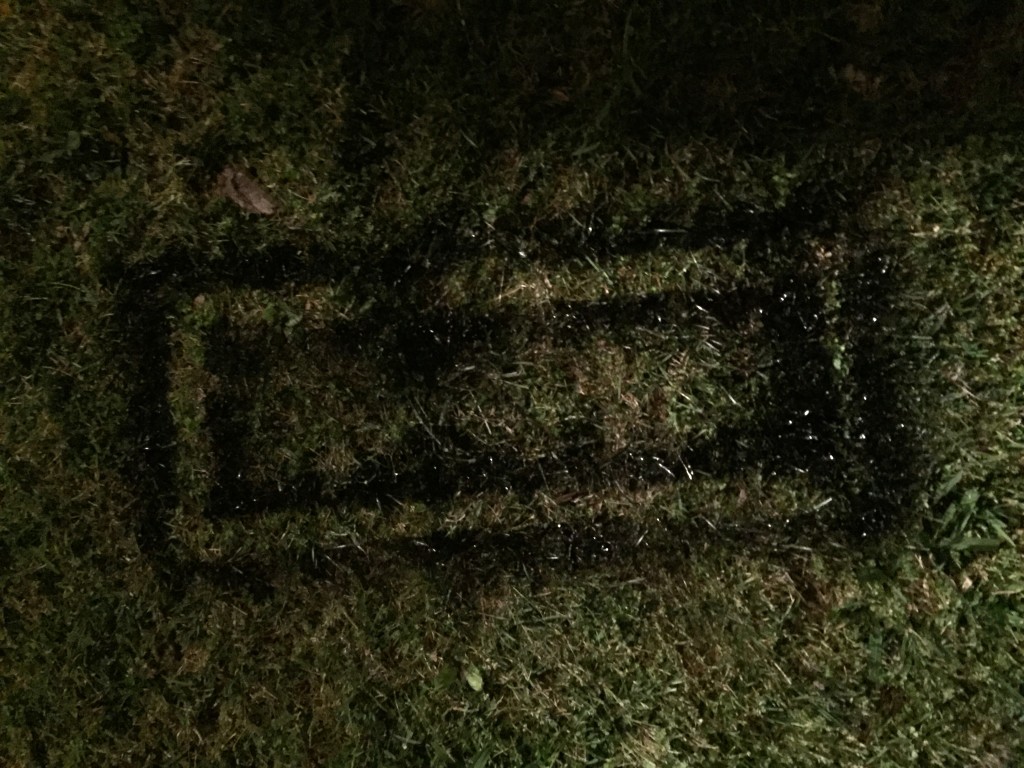 Then, I set to looking for pennies. We have plenty in the various change jars around the house. I wanted to have at least one that had our marriage year — 2009. Math Man suggested I make that one the center of the infinity sign. Then, I thought it would be cool to have a penny for each of the years our kids were born. Then, I thought it was dumb to have a few pennies that mattered and a few that were arbitrary.

That put me on a hunt to fill in the blanks with meaningful dates. I found our birth years, high school graduation years, college graduation (and first year teaching) years, the year we met, the year we were married, and all the years in between.

I opted to keep the design very simple. We had toyed with adding our names or decorating the pennies. I decided on a single heart on the 2009 penny and the words “PLUS ONE” beneath the symbol. 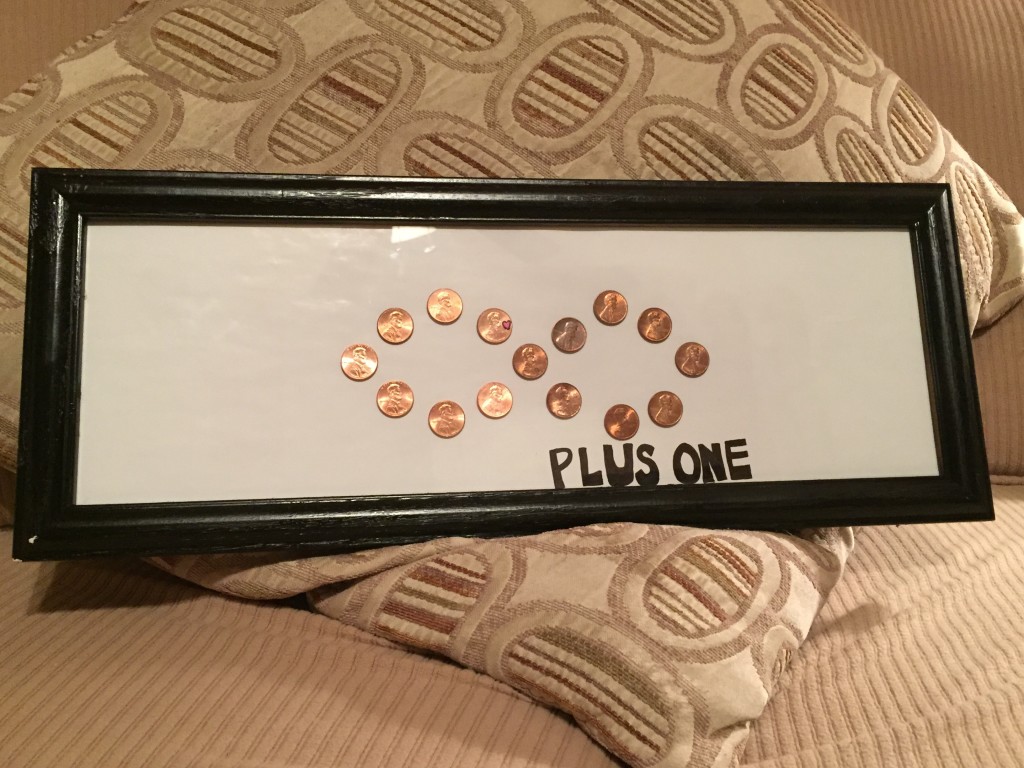 I love it. The only regret I have is that I didn’t use a stencil or a guide and just free-handed the letters. But Math Man assures me that’s ok, and I would have had a problem with whatever I did. He knows me well.

Here’s to seven years of awesome and 777 more. 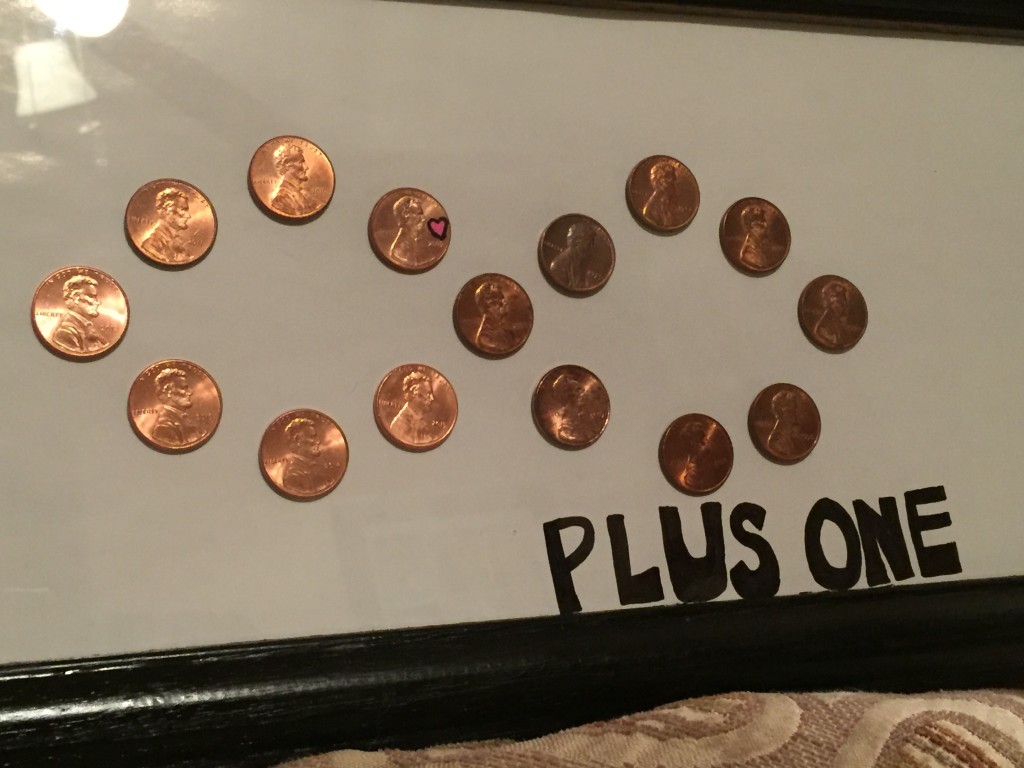 I’m participating in the April AtoZ Challenge. Come hang out!