“But I say to you who hear, Love your enemies, do good to those who hate you, bless those who curse you, pray for those who abuse you. To one who strikes you on the cheek, offer the other also, and from one who takes away your cloak do not withhold your tunic either. Give to everyone who begs from you, and from one who takes away your goods do not demand them back. And as you wish that others would do to you, do so to them. …”

Forgiveness is hard. Really hard. Especially when someone has treated you VERY badly. But, at some point, when you’re able to find a way to forgive (notice, I didn’t necessarily say forgive and forget), there’s a ridiculous feeling of euphoria.

In my elementary and middle school years, I battled issues with friends who decided they hated me. To a girl at that young of an age, losing friends is very hard – especially when that loss isn’t explained. As I grew up, I began to learn that this is the nature of girls. Get a group of them together, and inevitably there will be ugliness and hatred and cruelty.

I have experienced this problem one too many times. My students have had the pleasure of hearing these stories as they always somehow applied to the story we were studying. Perhaps this is how I was able to make the situations less hurtful all these years later. My kids were laughing at the crazy girl behavior and my sensitivity. I found a way to forgive these girls through my own self-therapy sessions with my high schoolers.

But there are other issues that haven’t been that easy to forgive that don’t necessarily involve the girl world.

At one point in my life, I was treated so badly that I thought I’d never get over it. I thought that surely, I would harbor the hatred and the bile that rose in my throat every time I saw the woman responsible.

7 years later – 7 years of growing and learning myself – I can finally look at this person in the face, make a polite comment, and even smile a bit. And I don’t feel like tossing my lunch on the ground in front of me.

My moment of clarity came well before I was actually able to bring myself to behave as an adult in the situation. I was sitting in Sunday School, and the pastor was discussing SIN. Phew. That’s a loaded word. . . because so very many things fall under this category.

He posed the question: “What is the worst sin? IS there a worst sin?”

Much debate ensued. Surely murder or child abuse or sexual abuse are worse than one little white lie. Surely gossiping about the annoying co-worker doesn’t hold a candle to extortion or the like.

I cannot remember exactly what the pastor said, but I know that the basic idea is that wrong is wrong, sin is sin, and God doesn’t particularly like ANY of it.

Which made me think about this woman who had so badly wronged me and who made me want to poke her eyes out with a brooch every time I saw her.

I honestly sat and thought. Mulled this idea over. Considered the question. Who was I to think that things I’d done wrong or awful things I’d thought or said were any less worse that what this woman had done? I’m no less a sinner than the next gal.

And that began my path to forgiveness (again, I didn’t say FORGETTING).

It has been about 2 years since the minister discussed this topic with us. And it has taken me that long to get to the point where I can give this woman the time of day when I have to see her – and, inevitably, I see her more than I guess I’d really like to. I keep hearing my pastor in the back of my head and thinking that I can’t really decide she’s worse than I am – especially if I’m supposed to love my enemy, turn the other cheek, and treat her as I’d like to be treated.

My forgiveness is still in process. I have to battle with the rising bile every time I see her – but it’s getting easier because I’m letting myself give it over to the One who can actually handle it. 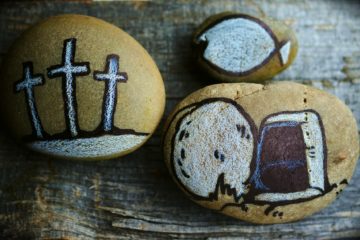 You know how children seem to understand things on a level that we, as adults, don’t get? Their innocence simply removes all levels of analysis and allows in the most basic understanding of difficult subjects. Read more… 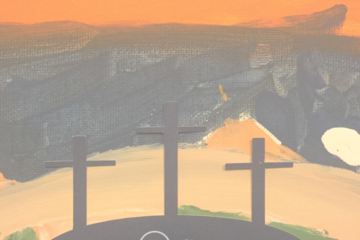 Every Easter season, as we pull out decorations to celebrate, I realize we don’t have enough decorations. And those that we do have are centered around bunnies and eggs. Spring is here, and the fertile Read more… 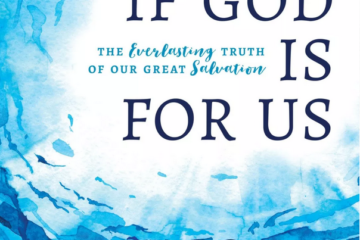 If God is For Us

As Lent approached, I knew I wanted to do something. Give up a treat? Give up Facebook? Promise I’d exercise daily? The one element of my daily routine that was missing the important “stuff” was Read more…