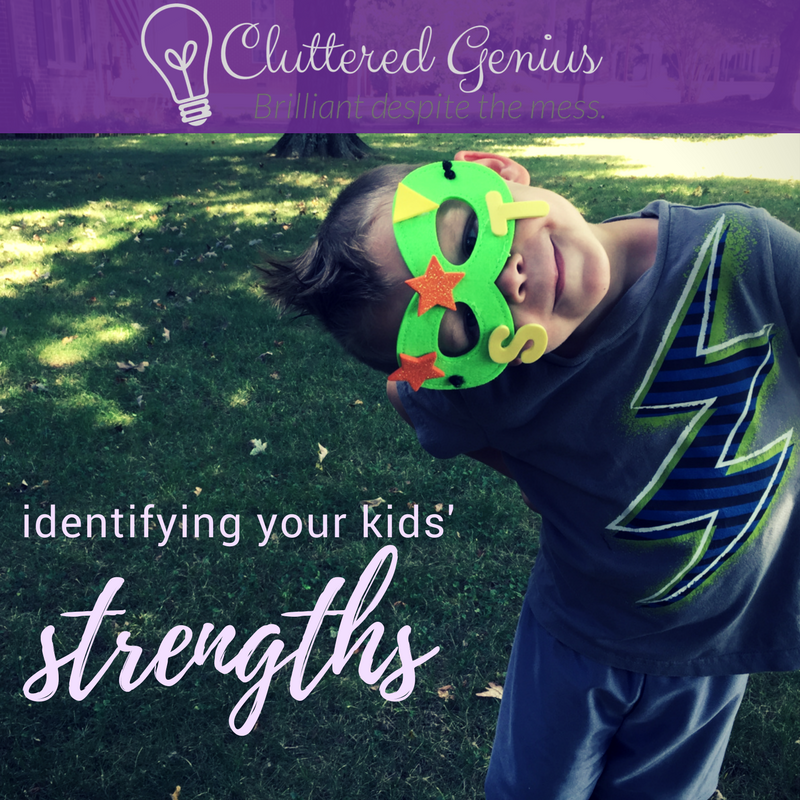 There’s this sort-of joke that I relay to friends or folks who know and witness my kids dealing with one another. I talk about the roles my kids would play if they owned a business together. These four kids fight with and scream at and love on and cheer each other pretty much all day every day. As they continue to grow older, I have recognized that each of them has strengths that the others may possess but don’t really use. Identifying my kids’ strengths has allowed me to play to those personality traits that make for a better and happier day (most of the time).

She’s probably tired of that nickname, but since she’s as sassy as they come, she gets to keep this name for her bloggy alter ego. Currently 12 going on 35, Sassy Pants has always illustrated a bossy and loud nature. While those words have negative connotations, for Sassy Pants they are indicative of what I’m pretty sure she’ll do when she grows up and starts a career.

She’s already expressed an interest in going in to law. This isn’t a shocker considering she is the rule keeper already in the family. She can also argue with a rock and still prove her theories and arguments correct.

When she was in kindergarten, her classmates’ parents would contact me and ask if Sassy Pants would relay what the teacher had assigned for the day. I can count on her to pretty much have the information correct. While she may stress me out by (seemingly) not listening to me at home, I know and trust that she will lead in the real world.

My girl is getting so good at making dinner. On this night, she made spaghetti sauce from scratch to go with the chicken parmesan. #latergram

So named because, as a baby, he was so strong and so big, our second child is all sorts of intelligent. Each of our kids is super smart, but The Animal has this way of being so logically organized and compartmentalized that I know I can count on him to remember small details.

It’s without a doubt that The Animal will somehow go in to engineering or computers (or computer engineering!). Since the age of less-than-2, he’s been able to memorize almost anything that comes in a particular pattern. His second birthday was a celebration that involved the planets because he had their order and identifying characteristics memorized.

He struggles sometimes to be ok with change, but I firmly believe that he will grow from our lessons of disappointment into a logical and well-organized young man. I can’t wait to watch!

🌞Summer is officially here. Daddy’s mowing. The kids are playing outside. Dogs are lounging in the sun. Slow has begun to seep into our minutes. There’s no real schedule. We can have cookies whenever we please. As crazy as things may seem, there is nothing like a lazy summer day and the smell of freshly cut grass.❤️

Our third baby was named Flash because while I was pregnant with him, we had to have many ultrasounds and he always “showed us the goods,” if you follow me. He’s still pretty much our exhibitionist and least-shy child. We joke about him being the future mayor (and thus following in his grandfather’s footsteps) because he doesn’t meet a stranger.

Our other joke about Flash is that he acts like an 80 year old woman. He will bend down to talk to a “baby” (who may just be his little sister — no longer a baby) or will use his hands and a cocked head to explain, with exasperation, why we’re wrong about whatever topic is at hand. He asks questions I can’t answer, and he’s just funny in general.

He’s also head-strong and difficult, but this will serve him well in politics. He’s a helper and loves to vacuum with/for me. I am pretty sure he’s our empath in our group of four. When we hurt or are sick, he’s the first one there to shower us with love or at least attention.

He said, “I’m indivisible.” Too cute for me to ask for further information. ❤️️❤️️

We went in to our pregnancy with Diva knowing she’d be the last. As soon as we were able to feel her kicking around, I knew that she was going to be the most difficult. She gave us a couple of pregnancy scares, and she was one of the most painful births. (I’m sure it didn’t help that my age was bit higher and that they kept calling me “advanced.”)

I was right. She is the most difficult of the four, but as a fourth child myself I choose to see this as a good thing. Because she is the smallest, the youngest, the least well-read, she has a lot of keeping up to do. Honestly, it’s hard to remember sometimes that she isn’t the same age as the boys.

She is strong both in personality and physicality. She is bright. She is sassy. She is loud. And boy is she bossy. While she’s giving us a run for our money now, I foresee much success for her in all that she chooses to do. She is loving and sweet while not allowing anyone to mess with her. Makes me proud.

Watch out world. She’s all business.

Thinking about my kids and their strengths reminds me that no matter how hard it gets, I’m so very blessed to have these four amazing personalities in my presence. Every day is interesting, and every day is taxing. But it’s so worth it.

This month’s Blog with Friends theme is Reflection. Check out what my bloggy friends are talking about: 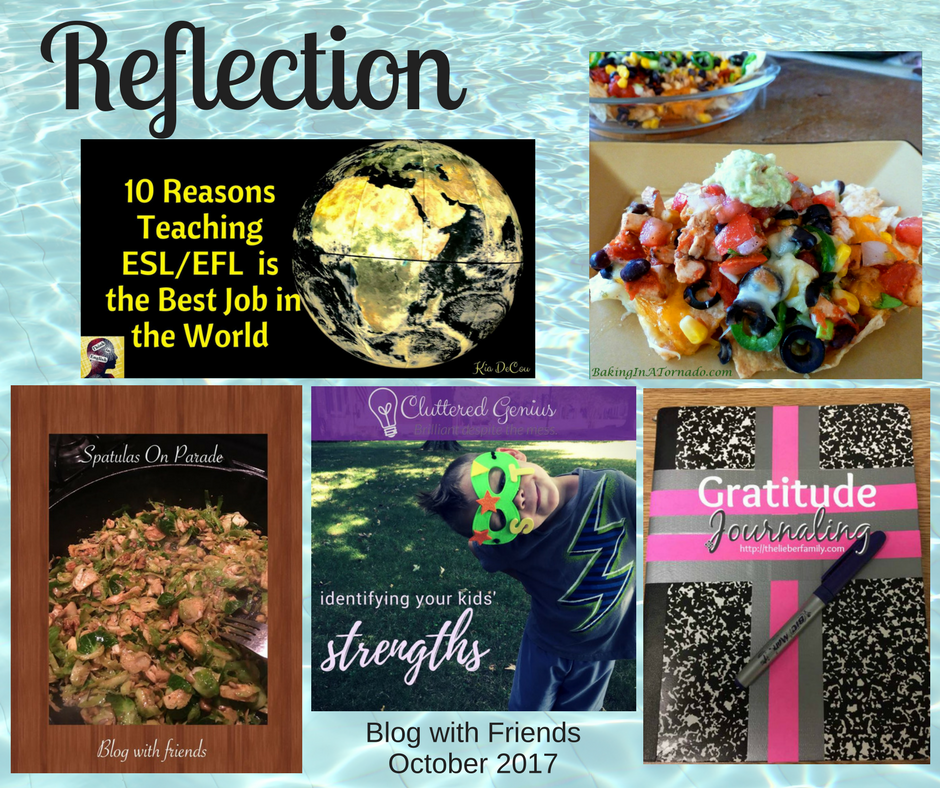 Sriracha Chipotle Ranch Chicken Nacho from Baking in a Tornado

3 thoughts on “Identifying my Kids’ Strengths”