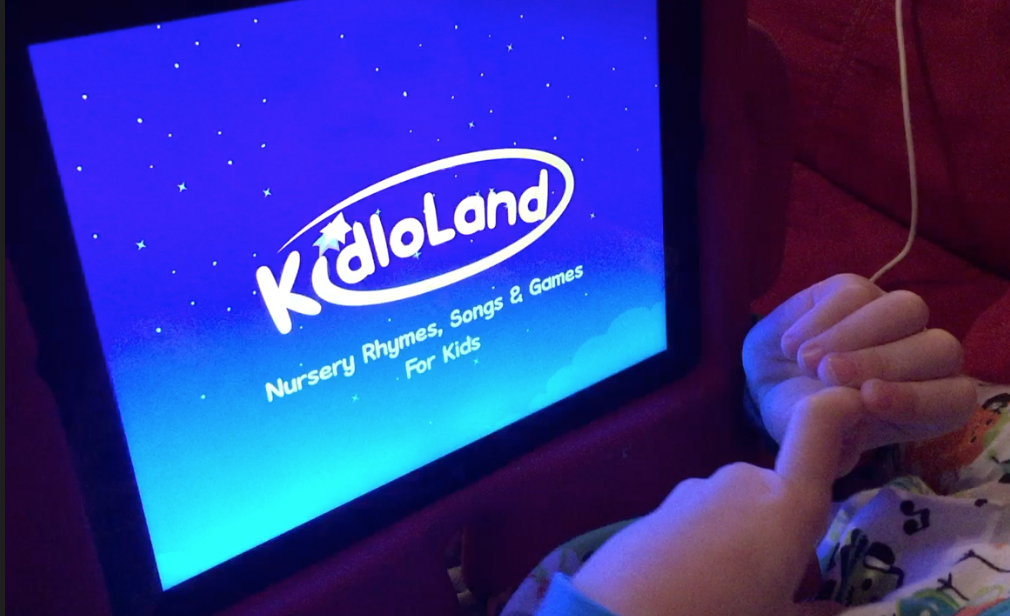 My boys are addicted to the iPad. There, I’ve admitted it. They really enjoy watching videos and playing games. That’s why I work hard to make certain that what they’re doing is educational rather than just fluff. With the Kidloland Nursery Rhymes App for Kids, I know that my boys are playing and watching videos that are appropriate and educational all at the same time.

Over the years of having the iPad(s) in our house, we’ve been lucky enough that the kids have truly enjoyed apps that teach them something. The Animal has always been interested in games and activities that encourage repetition. He wants to draw or trace or spell or count.

So when Kidloland was an option for the boys, I knew I had to take the opportunity.

We received a full download of Kidloland Nursery Rhymes. Immediately, the boys were drawn to the Christmas content. But it wasn’t long before they realized that they could choose to download additional resources: games, songs, videos.

Let the boys show you more about the app. They really do love it!

Diva has begun to try it out as well, but I would really think that 3-6 is the target age. The Animal will be 6 in a few more months, and he’s still really enjoying the games and activities.

One minor snag is — as the boys demonstrated — the bit of lag time when downloading a portion of one of the activities in the app. For the most part, this is very minor and only takes a few seconds. As Flash pointed out, the “monster” holds your kids’ attention so that the download “boredom” isn’t too prevailing.

Want to get Kidloland for your kids? Follow the links below for the appropriate operating system. Then, enjoy!

I received a free subscription in return for this post. Opinions are 100% my own.