On Cemeteries and Hurricanes 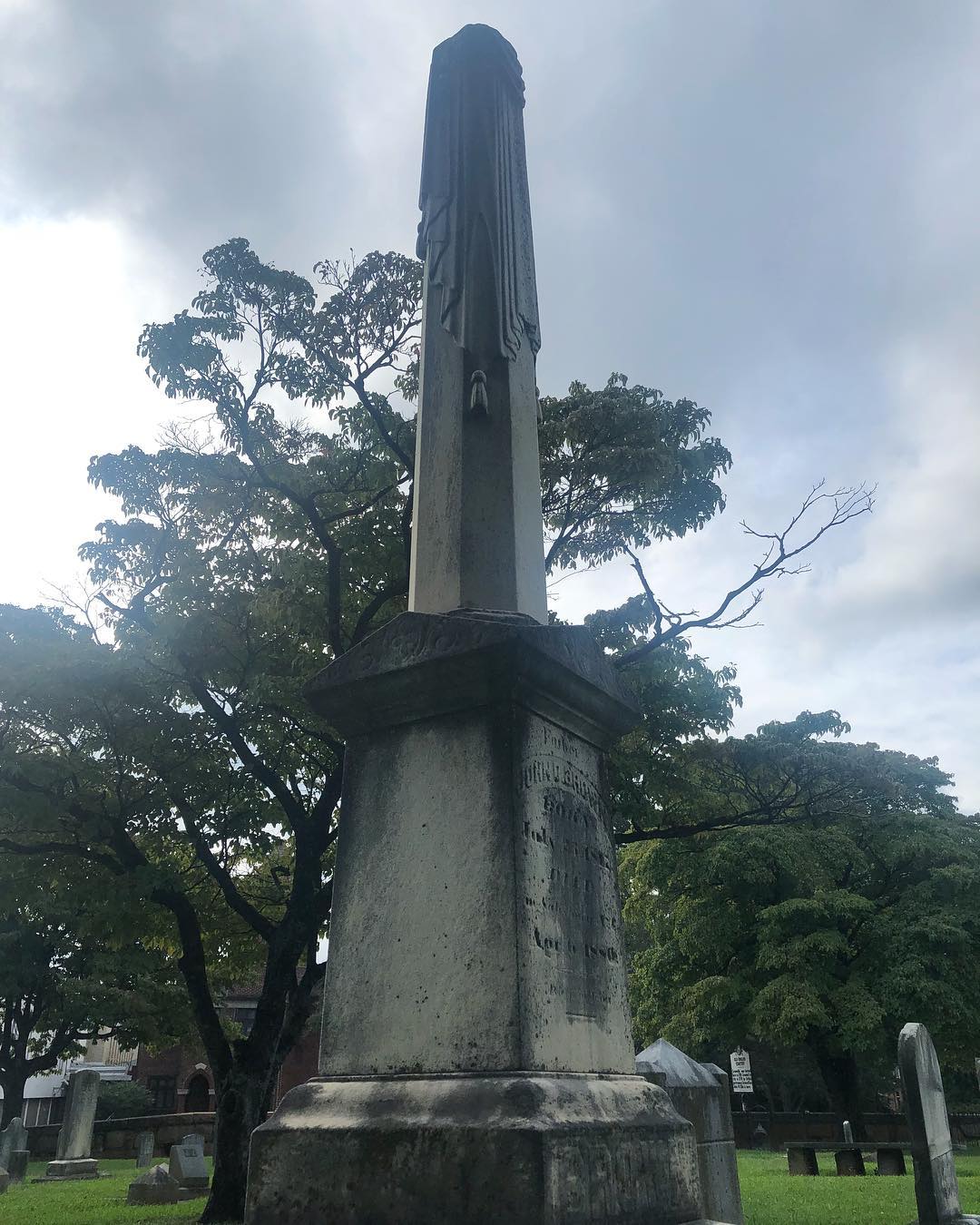 Something compels me to go to the Old English cemetery after I go to the Rowan Public Library to get “hurricane supplies” (books by two of my favorite authors, E. L. Konisburg and Phillipa Gregory). Maybe because the lighting is good and I can get some cool pictures. Maybe because I have happy memories of doing grave-rubbing with crayons during history camp. Maybe because a hurricane is coming and the clouded skies appealed to my Gothic side.

I’ve lived in North Carolina long enough to know that snow and hurricanes are a big deal. People joke about them online, but when they hit, it’s a free-for-all. Grocery stores run out of things that expire- bread and milk. Milk sours and bread molds. I work at a grocery store and I’ve seen the madness of the masses before a hurricane.

You don’t want milk and bread. You want canned goods. Things that will last for a while. I was mocked last week because I bought a lot of cans of closeout Chef Boyardee ravioli with chicken (it was 63 cents a can, that’s a good deal) but now I’m glad I did.

My store ran out of charcoal, too. I had to buy hickory smoked charcoal. There’s nothing wrong with hickory charcoal but there wasn’t any instant-light Kingsford left. That shelf was as empty as the water bottles. How many men can say they actually grill? Not the gas grill with the propane tank, not the briquettes coated in lighter fluid, but actually grill? I know I can’t, but I’m going to try with my hickory smoked charcoal. Not because of a fragile sense of masculinity but because I know I’d need to figure it out after four days without power.

Speaking of power — I’ve listened to stories about Hugo for about a week now. How people were out of power for two weeks. About trees falling on houses or cars. About how he squatted over the Piedmont and wreaked havoc. My parents went to a nearby pond to get water to flush the toilet.

A few weeks ago, I looked at Jim Bakker’s website for survival kits because I found them funny. You know that Jim Bakker? Tammy Faye? Yeah, that guy. He’s remarried and gotten a ton of plastic surgery and sells kits to his paranoid flock for the end of days. They’re stupidly expensive, but they make sense now.

I remember Katrina and the flooding and the levees and how decrepit the New Orleans flood infrastructure was. There aren’t any cities the size of NoLa in the path of Florence but who knows what could happen? Will society break down? Will there be a painfully obvious disparity of the portrayal of white people trying to survive versus black people? Foraging versus looting? The lack of response by a president?

George W. Bush stood in front of the cathedral in New Orleans and made a speech. I’m afraid my president is going to set himself up in the Dean Dome, which would be turned into a Superdome-esque shelter, and give a grandiose speech about the tenacity of North Carolina and then toss paper towels into the audience.

I’m afraid my state won’t get the funding it needs to recover.

The hurricane affects all of us. On high ground, in a flood plain, Bakker survivalists, propane-grillers, rich, poor — everyone. It doesn’t discriminate.

So I stand, in a cemetery, surrounded by the bodies of hundreds of people buried long before I was born, and wonder what will happen. Some of these monuments will stand tall, like they have through storms and snow. Maybe the marble obelisks that have stood for a hundred years fall down. Maybe that big magnolia will take a lightning bolt as the eye wall passes over, falling on gravestones in moist soil that can’t shoulder the weight of a branch and bow like they’re praying.

Florence may damage everything I can see from the Old English Cemetery — St Luke’s Episcopal, St John’s Lutheran, the Rowan county buildings — but North Carolina will stand tall and whatever the damage, we shall recover and thrive.

Nate Lytle is a brilliant writer (and former student of mine!) who graduated from UNC-Asheville and has gone on to achieve many amazing awards including his daytime Emmy award-winning three episode arc on the Bold and the Beautiful. By day, you can visit Nate to have a posh coffee made just for you. When he’s not serving up fancy brews, he writes hilarious social commentary that all the world deserves to read.

One thought on “On Cemeteries and Hurricanes”