I’m not a big believer in regrets. To paraphrase the Greek philosopher Heraclitus, you can’t step into the same river twice: once a moment has passed, it’s gone for good. In other words, there are no do-overs.

That’s particularly important to remember when it comes to parenting. I made mistakes—all parents do—but as I look back on 22 years of being a mom, the truth is that there really aren’t many things I would do all that differently. And there are many things I’d do exactly the same, if I had to do it all over again.

I was honest with my kids.

My theory was that a kid who was old enough to formulate a question was old enough to understand some version of the honest answer. Needless to say, my kids knew the facts of life before many of their peers (which, truth be told, led to a few tense conversations with other moms.)

I held my kids accountable.

I hated being a disciplinarian. There’s nothing worse that feeling like the person you love most in the world doesn’t love you back—and when you’re holding a teenager accountable for their mistakes, that kid definitely doesn’t love you back.
But kids need to understand that there are lines they cannot cross, and they need to understand that the decision to cross those lines comes with consequences. If they learn this lesson when the consequences are relatively insignificant, you help them avoid much bigger problems later in life. I tried to keep that in mind when their anger was hurtful.

I never asked for blind obedience.

That means I never said “Because I’m your mom,” or “My house, my rules,” or anything remotely similar. Blind obedience to an authority figure is never a good idea, and I wanted my kids to understand that.

This meant I had to be ready to explain my reasoning when I asked for a specific behavior. My kids didn’t always agree with that reasoning, but agreement wasn’t the point. I wanted them to understand that leaders should always be able to answer the “Why?” question in a way that makes sense. When they can’t, you have good reason to be hesitant about following their lead. And that includes parents, because—let’s just be honest—there are parents in the world who ask their kids to do terrible things.

I treated our family as a team.

In our household, we all lived by the same principles. The reasons behind those principles were made clear to everyone. I never expected my kids to do anything I wasn’t willing to do myself. I hope I never spoke to them in a way they wouldn’t be allowed to speak to me.

Although my husband and I were clearly the team leaders, treating our children respectfully was of the utmost importance to us. I’m always stunned when parents show their children a level of disrespect that they would never think of showing a friend or colleague.

I didn’t get everything right, of course—and if it were actually possible to turn the clock back, I’d make some different choices.

Because I’m an introvert, for instance, getting my kids involved with extra-curricular activities was a challenge—and because my kids are also introverts, I didn’t push them to get involved. I felt strongly that it was my job to let them know they were perfectly okay, just as they are. (Mostly, I think, I felt that way because my own very extroverted mom had made me feel like introversion was a character flaw.)

That supportive approach worked out for my daughter, who eventually found activities she enjoyed—activities that helped her make good friends. But my son still struggles to maintain friendships, and I feel some responsibility for that. Though there’s no way of knowing whether anything I might have done would have led to a different outcome, I still wonder if I could have done more to help him develop his social skills. (My husband says “He’s just a guy. This is how guys are.” I certainly don’t pretend to know more about being a guy than he does, so I try not to worry about it too much.)

Another thing I might do differently? I’d try really hard to be less anxious and encourage my kids to be more adventurous. I’m cautious by nature, so I raised two children who are supremely vigilant about staying out of harm’s way. While this is a good thing, for obvious reasons, I worry that it’s also a limitation. My son has serious anxiety about driving in the city near our home; my daughter took a study abroad trip after her first year of college, but was hesitant about exploring the cities she visited. Did I pass along my anxiety, or is caution just part of their nature? Again, there’s no way to know.

Let that be your guide as you parent the small people in your life: think about the kind of friends you hope to have someday, when they’re in charge of the lives you’re teaching them how to live. 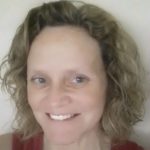 Pam Johnston is a blogger, professor, traveler, feminist, novelist, mother and wife–not always in that order. You can read more of her work on her blog, She Dwells in Possibility.