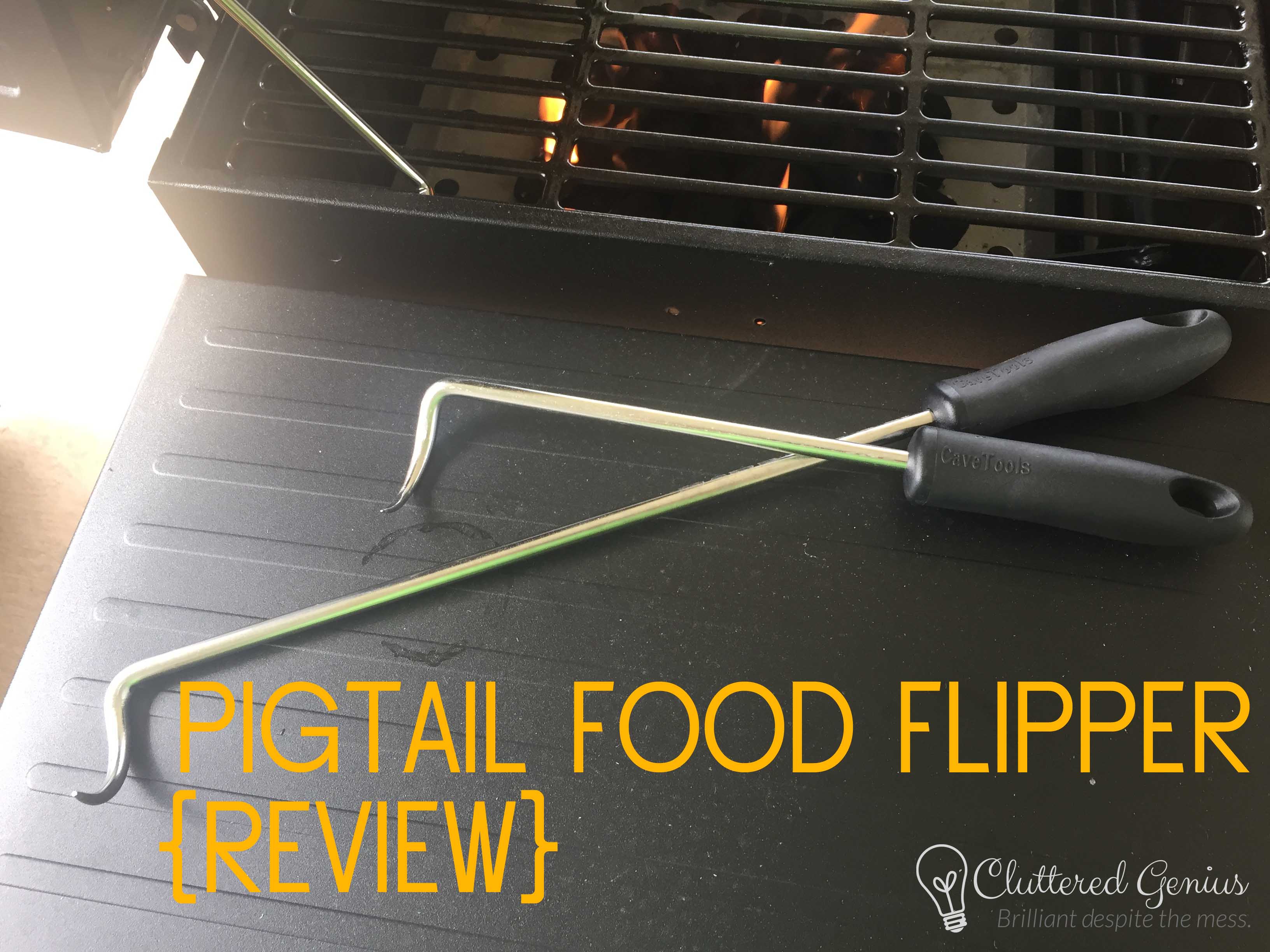 You know how sometimes, you’re grilling food or cooking something in the pan and it’s almost impossible to grab it with tongs or a fork? I know that when I’ve fried bacon in the grill, I fumble with a fork to try to flip each piece. Inevitably, the bacon piece will tear or break, and I’ll be dealing with various small pieces instead of beautiful bacon. The same can be said for grilling a large tenderloin or ribs: it’s just difficult to flip over without fumbling with two utensils. The Pigtail Food Flipper from CaveTools takes care of all these problems! 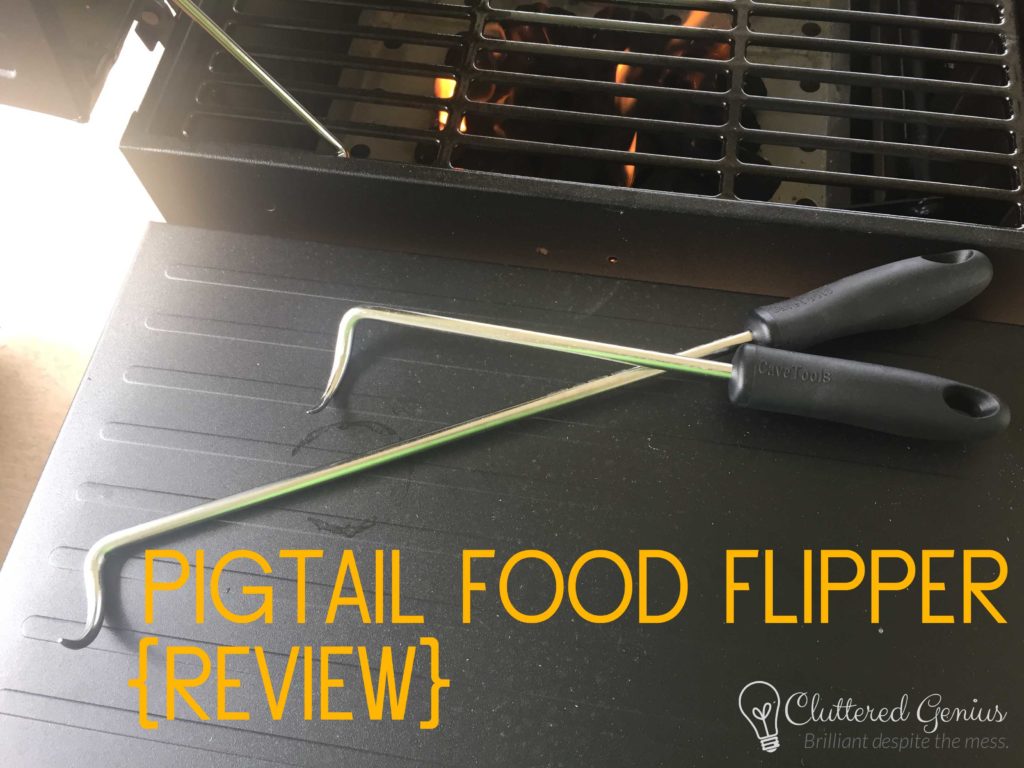 When you order a Pigtail Food Flipper, you actually receive two. They are slightly different in length. This is handy for the fact that one might be used on a grill where you don’t want to get too close to fire, and the other is great for use on the stove.

I first used the Pigtail Food Flipper with bacon on one of our lazy Saturday mornings. These don’t happen often, but when they do we really like to eat bacon, eggs, and all the amazing foods that go into a full breakfast. Generally, I mess up the bacon by breaking it. The Pigtail Food Flipper allowed me to grab the bacon pieces without scratching the pan and without breaking the slices.

Math Man had the chance to use the longer Pigtail Food Flipper when he christened his new grill (that I lovingly bought him for Father’s Day!). He loved using the flipper as it made picking up the raw meat from the package easier and cleaner. It also made flipping the tenderloin during grilling simpler. He didn’t have to fight with tongs or any other sort of utensil that didn’t really do the job. 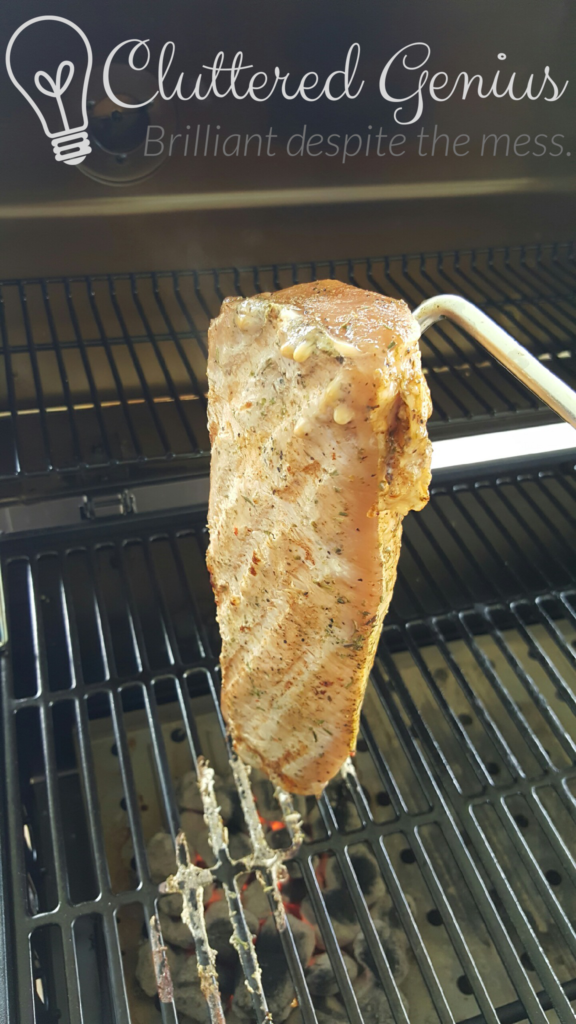 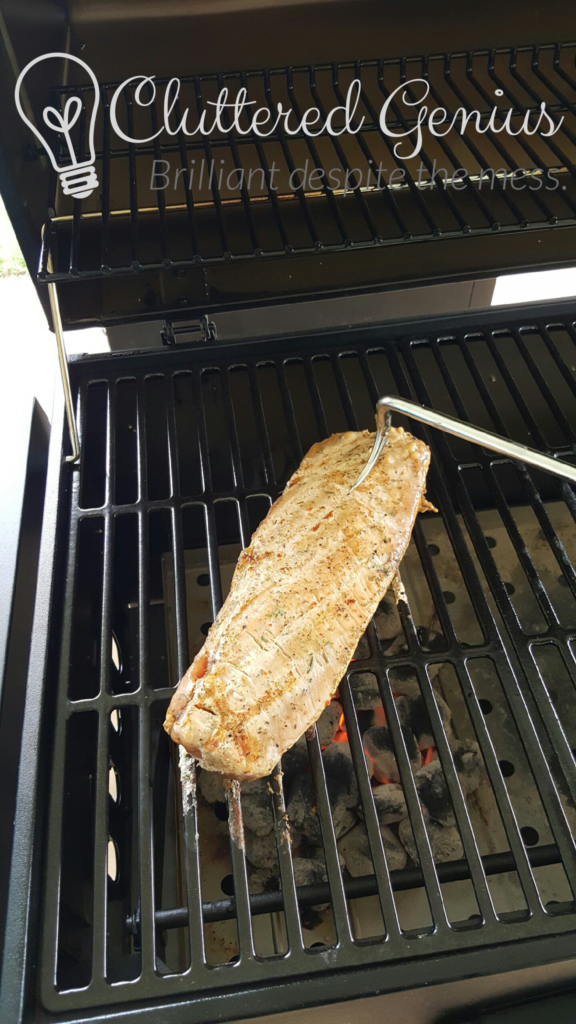 Interested in purchasing a set of Pigtail Food Flippers? Order yours now from CaveTools or on Amazon. Be sure to use this coupon code for 15% OFF! PIGTAIL15

I received this product in exchange for an honest review. All opinions are 100% my own.