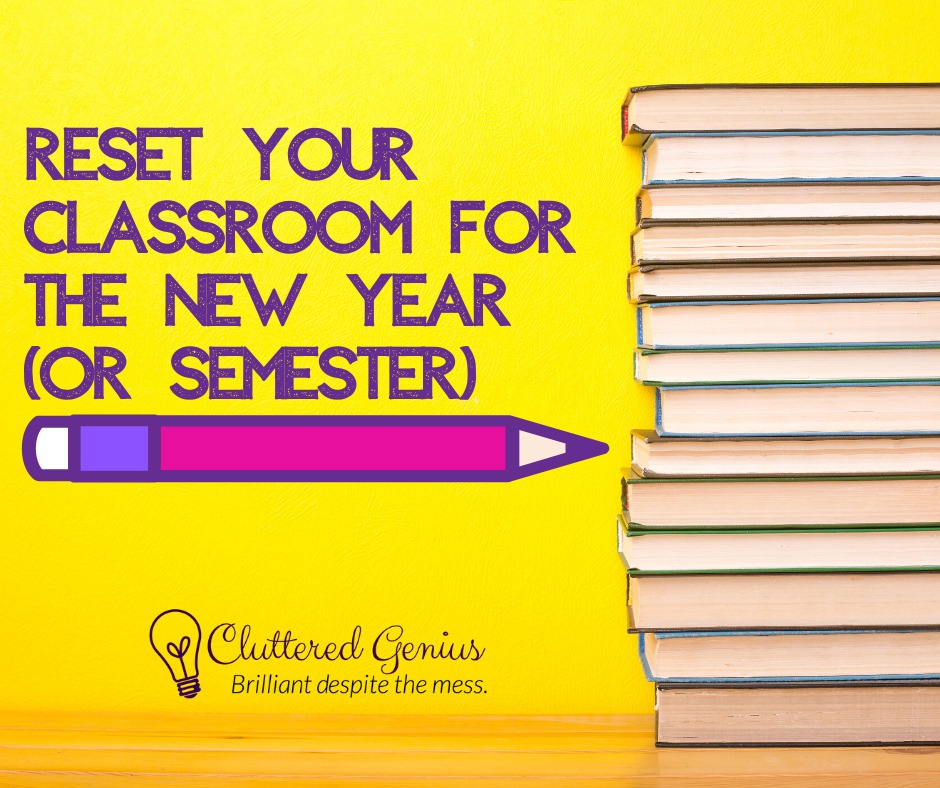 My first semester teaching, I did a lot of awesome things. I also made a lot of mistakes and learned a lot of lessons. That was 20 years ago, so I’ve started a lot of semesters and classes both in person and online. This year is my first year back in the physical classroom, and I’m even working on resetting again for the new semester. For some reason, it is always easier to reset for 2nd semester than even for the beginning of the year. My explanation? The frustrations are fresh on our minds!

Usually, I’m good and relaxed about letting students use the restroom as needed. My biggest frustration is when they ask in the middle of me talking or some other whole-class activity. I work hard to teach them that they simply need to wait until individual work or group work to ask to go. Then, when they do, it’s not so much of an interruption. Class will often move smoothly, and I am usually capable of keeping a running tab of who’s next and who may still be out of the classroom.

Granted, this year and several of the years before I left the face-to-face classroom, my class was right across the hall from the bathrooms. That keeps the “straying” to a minimum.

But this year, some of my fellow hall mates had students pouring out of their classes at what seemed like random times. I didn’t know what in the name of Sam Hill was going on, and I was — if we’re totally honest — annoyed.

Finally, I asked what was happening, and I learned that several of them were doing a mid-block break. Just a quick 5 minutes for students to stretch, get some water, use the restroom, etc. At first, again, I struggled with the idea. Then, I decided that this spring semester, I’m going for it.

So, new rule: don’t ask me as you come in to class if you can go to the bathroom. We will all have a chance. That also means, no need to be tardy. Boom.

My classroom culture quickly develops, and there’s a genuine air of trust and collaboration. Students don’t push the envelope too much once they realize I’m serious and care about them at the same time. That doesn’t mean that they don’t struggle to pay attention and on task if seated next to their buddies.

Each time I’ve taught a class, I’ve gone between offering freedom of seating choice and making a first day (maybe even first month) seating arrangement. This past semester, I inherited classes 7 days in to the school year due to some unavoidable situations. I just sort of had to take things as they were and keep going. A few weeks in to one of the classes, I had to make a seating arrangement. The crew of kids in the class couldn’t handle the freedom.

With that in mind, I found a great idea on a teacher’s blog about giving students a seating arrangement based on cards I hand them as they walk in the door.

It’s important to me that I am at the door at the beginning and end of class anyway. This time, for the first day and maybe next day, I will hand them a laminated card that is both a color and a symbol. Coordinating cards are attached to the tops of the tables.

With this idea, the teacher suggests (and I agree) that there are several things taken care of: there’s less anxiety for the students about, “oh no, where should I sit?” and it gives me a bit of control on day one. It illustrates that I am planned and organized.

On the second day, if I so desire, I can hand out different laminated cards and allow students to be in a different spot.

The bonus here is the ability for me to see how students interact with one another. I’ll figure out quickly, I suppose, whether Billy and Johnny can handle sitting next to each other or whether they really just need to be separated.

When I left the physical teaching world 9-ish years ago, cell phones were not allowed in class. In fact, if I saw one, I could confiscate (and was expected to do so). Things have changed just a tad since then and understandably so.

With that in mind, I tried to allow my students the freedom of choice for their phones this past semester. I explained to them that I completely understood their apparent need for a phone but that it would not be acceptable for them to be on them, etc., while I was teaching, we were working, and so on. For the most part, they were with me on that train of thought, and no student was ever belligerent if I had to push a little harder to get them off their phone. However, the phones were  too much of a distraction over all.

With that in mind, I’m not allowing any phones during class time until I’ve given them the green light. Sometimes, we’ll likely need to use them if we’re doing an activity that requires a device. Otherwise, there’s literally no need for them.

I keep a box in my room for turning items in. Sometimes, I do ask the students to leave their work on the table so I can just pick it up later. Other times, I have them turn their work in to the “Turn it in Here” box.

It helps with organization for me, and it’s really handy when students were absent. Instead of me receiving a ton of papers in my hand that I will inevitably lay down in a weird location, the box allows the students to put their work somewhere safe that I can get to later when I’m not in the middle of a thought.

Along the same lines, I’m instituting a “what you missed” file box. Each section (I teach 2 different courses) has a hanging file and then there’s a generic all-students file.

So far, this has been super handy for me. As I pass things out, I just put the extras in the box. Then, I don’t have to search all over the place for that pile of papers. I don’t mean to have a cluttered desk, but it’s part of who I am. I’ve been really good lately about cleaning up my desk daily, but putting the extras straight in the file box is so helpful!

It’s always easier for me to set up the second semester. I don’t know why, but I suppose I come in during the fall workdays forgetful of what was difficult and what went well the previous school year. There’s nothing like a quick turn-around to keep fresh on your mind what went well and what didn’t!

This month’s Blog with Friends theme is New Year. Be sure to check out my bloggy friends’ posts!

Butternut, Carrot, and Gingersnap Casserole from Karen at Baking in a Tornado

Damaged vs Broken: How to See the New Year in a Fruit Cup from Dawn of Spatulas on Parade

Value Relationships in 2020 from Melissa of My Heartfelt Sentiments

3 thoughts on “Reset your Classroom”