Have you ever been the victim of a bully? What about your son or daughter? How can we combat this “issue” of bullying?

My friend, Dicy McCullough, has written her fourth children’s book, Tired of Being a Bully, featuring Lucky, a junkyard dog, who isn’t quite the nicest animal on the block. In the book, Lucky learns that being mean to other dogs doesn’t gain him friends.

But this is more than just a book about dogs. Tired of Being a Bully looks at the life of a bully from the bully’s perspective and raises the question: Why do bullies become the way they are? 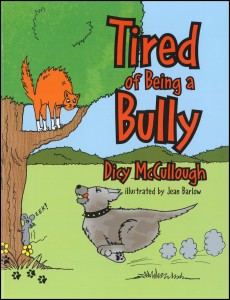 On April 2, 2013 at 9:30 PM EST, we’re going to have a Twitter party to celebrate Dicy’s new book and to discuss this ever-rising issue of bullying.

Join us! We’ll have Dicy McCullough @DicyMcCullough, Dr. G (Dr. Deborah Gilboa) @AskDocG, and Kelly Karius @KellyKarius as part of our panel along with these fabulous bloggers:

Rachel @rachhabs of To Hab and to Hold

Jeanae @jeanae of Waiting for Supermom

Theresa @Reese22 of  The Importance of Being Reese

Follow us and be part of the conversation with #bullynomore

To RSVP to the party (and be entered to win our prizes) link up here:

2 copies of Dicy McCullough’s Tired of Being a Bully

1 copy of No Such Thing as a Bully by Kelly Karius & Dr. Ron Graham, DrE

1 copy of No Such Thing as a Bully (for a teacher or school) by Kelly Karius and Dr. Ron Graham, DrE

10 copies of bill of rights and responsibilities

*Prizes will be awarded throughout the party. Winners will be drawn using random.org from the RSVP list. Must participate in #bullynomore conversation to win.*

Dicy McCullough – I am a retired music teacher who began writing poetry in 2006. Two years later, I started writing short stories and now write a human interest column for a local newspaper, the Salisbury Post, Salisbury, NC. The idea for my first children’s book came about because I noticed children were always tired of something. Tired of My Bath and Tired of School are the first two books in the series. These stories have been a lot of fun to write, and I would very much like to visit your school, church, or community to share them with you. 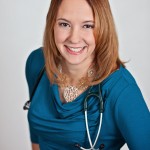 Doctor G (Deborah Gilboa, MD) – Family Physician, international speaker, author and mom of four – is the host of a new television show on WQED TV:  “iQ: smartparent!” From one minute videos on making your life easier while building kids’ character to her downloadable guides (chores at every age, boundaries for tech use and more), Doctor G makes caregiving more simple and more effective. Find her on Facebook or Twitter! 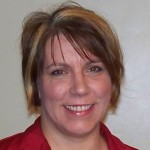 Kelly Karius – Located in Canada,  Kelly Karius began her career in counseling and mediation services and progressed to corporate training and mediation. Within six months of starting her practice Ms. Karius was asked to be an advocate on behalf of several children whose parents felt they were being mistreated and abused by a principal/teacher in their school.

One thought on “Tired of Being a Bully #bullynomore Twitter Party”