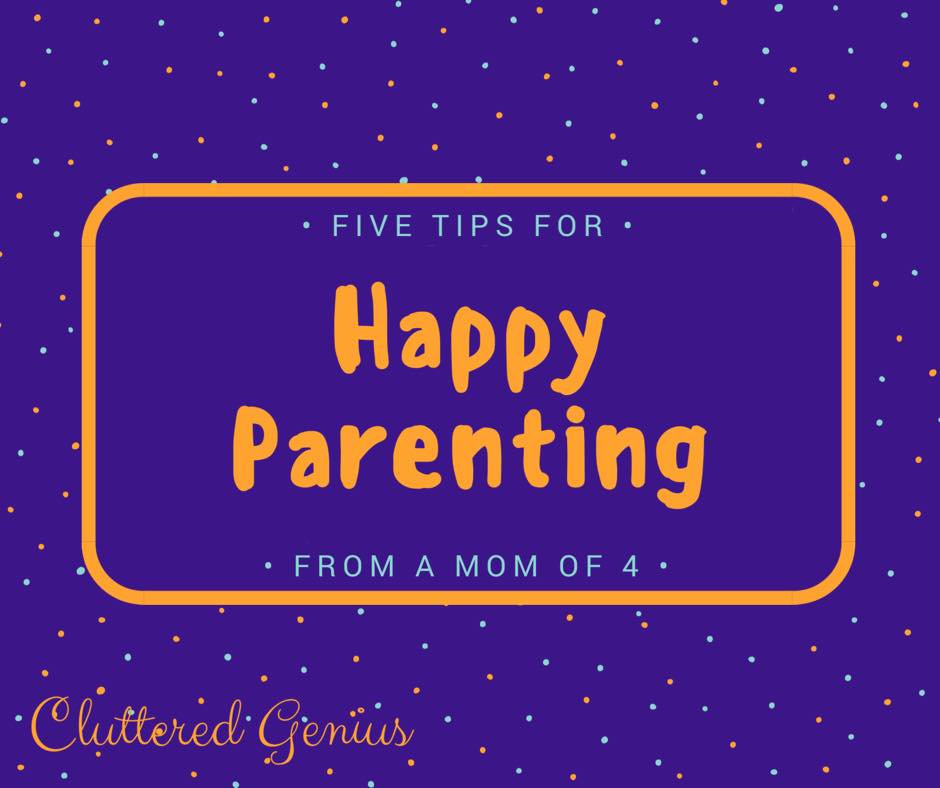 Parenting is hard. Parenting without screaming all the time is harder. If you tell me that you’ve never yelled at your kids, I’m going to need you to go take a long, hard look in the mirror and rethink your statement. The ugly truth is that we all have “those moments,” and despite our love for the fruit of our loins, we desperately want to have fewer of “those moments.” After having brought four children from newborn to toddler (my kids range in age from 13 to 3), I thought it would be helpful to share five tips for happy parenting to help you get through your day.

I’m not going to pretend that I know it all. I certainly don’t or I wouldn’t have freaked out on my kids today when they were fighting over whose foot went where on the chaise lounge. But I do know a thing or two about what has and what has not worked for us as parents.

In this age of cell phones and social media and work-at-home-jobs, it’s hard to stay present with our kids. I know that because I work from home, I’m tempted to sit down for a minute (which usually will turn into an hour), and I constantly tell my kids to hang on or “just a sec, lemme finish.”

I recognized this was problematic when my almost-3 year old was playing “work” on an old keyboard we have and told me, “Hush. I working. I play with you when I done.”

This is the same kid who took my cell phone out of my hand one day and dropped in in a basket. She let me know that I could have it back after we played.

When my oldest was her age, I didn’t have a smart phone. I barely had a cell phone that I checked at all. My oldest had one-on-one time without distraction, and I’ve let myself miss this on too many occasions with the younger three. 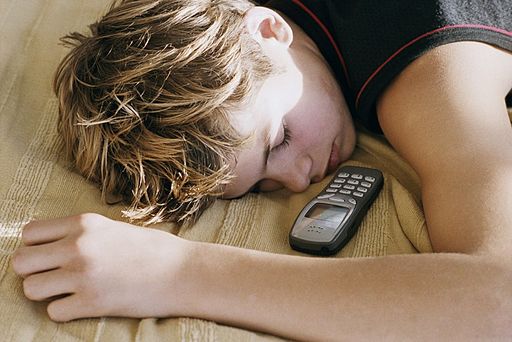 On top of what I’m missing, my kids behave better when I’m just simply with them. In fact, I have discovered that my kids are really more than awesome, and my modeling of good being-present behavior is rubbing off on them.

In the past, I’ve referenced myself as the Nap Nazi. With my oldest, I was extremely regimented all the way down to the minute for dinner, bath and bed.

After four kids, I’ve chilled out a bit, but that doesn’t mean we don’t have the same basic routines. We eat dinner. We play a bit. We have a treat. Then it’s showers/baths/teeth and everyone to their rooms to put on pajamas.

Each kid has his or her routine for actually going to bed, but for the most part that involves a book and some snuggling. I’m lucky that Diva (3) still lets me rock her for a few.

My oldest (13) isn’t really in to the whole book and a snuggle anymore, so we sometimes have free zone or just enjoy a quick conversation. Because she’s older, she can take herself to bed. But I am pretty certain she’s up there reading and then going to sleep.

The consistency helps the kids feel safe. I always thought this was a silly idea when folks would say this to me as a young mother. How could consistency make such a difference?

But it does. When we go on vacation, we run the same basic routine, and they don’t freak out too much by the new location. They know that naps or quiet time will happen, and they know we’ll follow through on what we’re asking them to do.

This leads to fewer arguments and a little bit less whining (because come on — kids).

I’m a yeller, and I’m proud of it. I’ve caught myself a few times yelling when it wasn’t really a kid’s fault that something happened. On Facebook at some point, I saw a cartoon or drawing with a child whose inner voice was that of what she was hearing from her parents.

The last two summers, I’ve studied Growth Mindset, and I’ve found myself being more aware of how I speak to my kids.

Now, instead of, “Why would you spill the milk!?” I usually respond with something like, “Eek! Ok, how do we clean this,” and a guiding hand to the towel or paper towel.

What has resulted is fewer frightened faces worried that I’m going to go Exorcist on them.

But it’s also led to children who figure things out on their own. Our almost-5 year old has a “solution!” for just about every situation. I can’t help but think that his ability to really reason through options without panic is partially to do with the fact that I learned about Growth Mindset when he was about 3 and thus began molding his responses (and mine) in a much more positive way.

My kids think I’m a weirdo. A dork. Hilarious. They also see me as a reader, a crafter, a friend, and a wife. They see me as someone who can cook dinner and mow the lawn and fix something that’s broken right after sewing a button on a shirt.

My kids see me. I don’t try to put on airs, and I certainly don’t try to hide the things about me that aren’t so amazing.

When I’ve had a rough day and I accidentally take it out on my kids, I strive to have a conversation with them later. I do explain — in age appropriate language — that mommy isn’t feeling so great or that mommy is sad.

It’s my opinion that kids need to see us as human. They need to see that we can have a bad day, and we can recover. It’s through this modeling that we teach them how to do the same.

(Don’t) Be their friend

My teenager is teaching me some really interesting parenting lessons. This is the age I feel the most expertise in as a professional, but I had no clue what it would be like to actually parent someone this age.

No matter the practice I’ve had with teenagers, nothing has prepared me for the way that she responds to me at times. And sometimes, I have flashbacks to the way I treated my parents.

But what I haven’t done (that my parents didn’t do either) is become her friend.

I’ve posted about the importance of drawing that line, and I reiterate it here. My oldest has friends her age. She doesn’t need her mom to be her friend.

Yes, we talk. And yes, maybe someday I will count her as a true friend by the definition. But right now, she needs me as a rule keeper and the person she can fall back on for — you guessed it — consistency.

What works for me may not work for you. But there’s one piece of advice that transcends time: love your babies.

What would be on your list of tips for parents?

This blog post is part of a linkup between bloggers. It’s called Blog with Friends, and the theme for this month is High Five.

Karen from Baking in a Tornado created an awesome recipe for Rosemary Infused Shrimp Scampi Pizza. 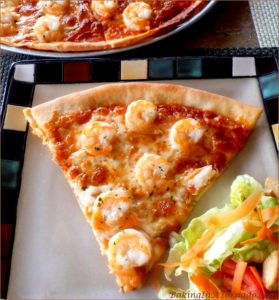 Jules from The Bergham Chronicles offers a list of five unique rewards for kids! 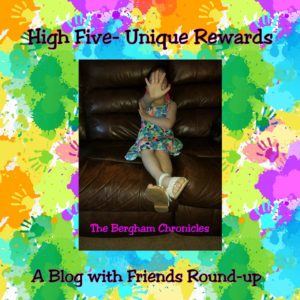